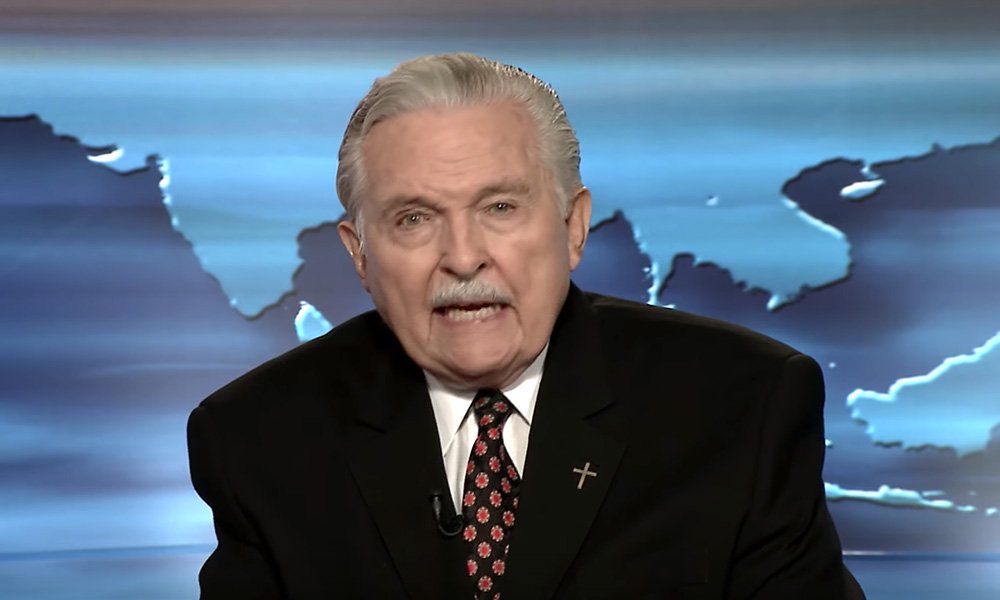 (RNS) — Jack Van Impe, a televangelist who for decades warned viewers about the end of the world, died at 88.

(RNS) — Jack Van Impe, a televangelist who spent decades warning Christians that the end of the world was nigh, has died, his ministry announced on Saturday (Jan. 18).

“The beloved Dr. Jack Van Impe was welcomed into Heaven by His blessed Savior and Lord who he had so faithfully served in ministry for over 70 years,” reads an announcement posted on the website for Jack Van Impe Ministries International. “Please pray for his beloved wife and lifelong ministry partner Rexella and their families as they grieve this immense loss and for wisdom as she and the Board lead the ministry in the days ahead.”

Van Impe and his wife, Rexella, were longtime hosts of “Jack Van Impe Presents,” which mixed Bible teaching with a review of news and current events, often linking those events to Bible prophecies about the Second Coming of Jesus. He often ended the program by asking viewers to become followers of Jesus.