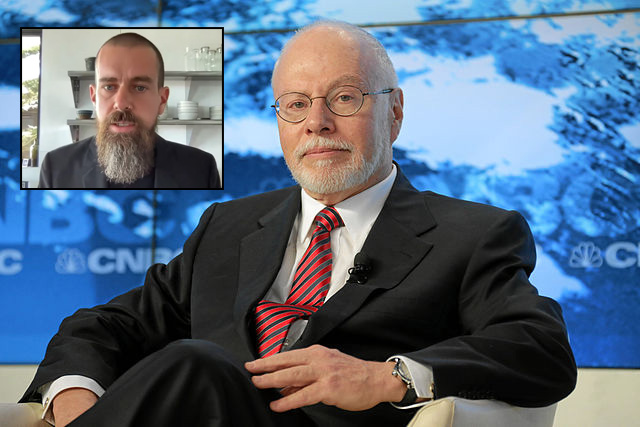 Twitter founder Jack Dorsey revealed Tuesday that he gave up fighting against censorship in early 2020 after an “activist” investor — almost certainly billionaire vulture capitalist Paul Singer — started gobbling up Twitter shares in a bid to oust him as CEO.

Singer, the founder of Elliott Investment Management, is a pro-Israel megadonor to the GOP who funded the Steele dossier and bought off Republican representatives to get them to surrender to the LGBT agenda.

He purchased a massive stake in Twitter in 2020 for at least $387 million, installed Elliott partner Jesse Cohn on Twitter’s board and successfully lobbied to have Dorsey booted as the CEO of his own company and replaced with the far worse puppet Parag Agrawal.

Dorsey expressed his regrets in a statement on his blog on Tuesday:

There’s a lot of conversation around the #TwitterFiles. Here’s my take, and thoughts on how to fix the issues identified.

I’ll start with the principles I’ve come to believe…based on everything I’ve learned and experienced through my past actions as a Twitter co-founder and lead:

1. Social media must be resilient to corporate and government control.
2. Only the original author may remove content they produce.
3. Moderation is best implemented by algorithmic choice.

The Twitter when I led it and the Twitter of today do not meet any of these principles. This is my fault alone, as I completely gave up pushing for them when an activist entered our stock in 2020. I no longer had hope of achieving any of it as a public company with no defense mechanisms (lack of dual-class shares being a key one). I planned my exit at that moment knowing I was no longer right for the company.

The biggest mistake I made was continuing to invest in building tools for us to manage the public conversation, versus building tools for the people using Twitter to easily manage it for themselves. This burdened the company with too much power, and opened us to significant outside pressure (such as advertising budgets). I generally think companies have become far too powerful, and that became completely clear to me with our suspension of Trump’s account. As I’ve said before, we did the right thing for the public company business at the time, but the wrong thing for the internet and society.

The “Twitter Files” suggest Dorsey resigned himself to his fate and let Vijaya Gadde, Yoel Roth and then-COO Parag Agrawal run the show.

Controversial decisions were often made without getting Jack’s approval and he was unaware of systemic bias. The inmates were running the asylum.

Jack has a pure heart imo.

Hilariously, I remember Con Inc shills at the time Singer was organizing the takeover claiming that Singer was “based” and was going to push Twitter to censor less and unban Donald Trump. In reality, Twitter’s censorship became worse than ever — covid vaccine skeptics were purged en masse and the few right-wing dissidents who weren’t outright banned were placed in algorithmic gulags.

The site’s downward spiral no doubt in part drove Elon Musk to purchase the site. Since Musk has taken over, the algorithmic shackles have been removed and tons of dissidents banned under Singer’s watch have been allowed to return.

For his part, Dorsey says he’s working to fund an open internet protocol to deny governments and corporations the ability to control the public conversation.

“It’s critical that the people have tools to resist this, and that those tools are ultimately owned by the people. Allowing a government or a few corporations to own the public conversation is a path towards centralized control,” Dorsey said in his blog post.

“I’m a strong believer that any content produced by someone for the internet should be permanent until the original author chooses to delete it,” Dorsey continued. “It should be always available and addressable. Content takedowns and suspensions should not be possible. Doing so complicates important context, learning, and enforcement of illegal activity. There are significant issues with this stance of course, but starting with this principle will allow for far better solutions than we have today. The internet is trending towards a world were storage is ‘free’ and infinite, which places all the actual value on how to discover and see content.”

“As far as the free and open social media protocol goes, there are many competing projects: @bluesky is one with the AT Protocol, Mastodon another, Matrix yet another…and there will be many more. One will have a chance at becoming a standard like HTTP or SMTP. This isn’t about a ‘decentralized Twitter.’ This is a focused and urgent push for a foundational core technology standard to make social media a native part of the internet. I believe this is critical both to Twitter’s future, and the public conversation’s ability to truly serve the people, which helps hold governments and corporations accountable. And hopefully makes it all a lot more fun and informative again,” Dorsey said.