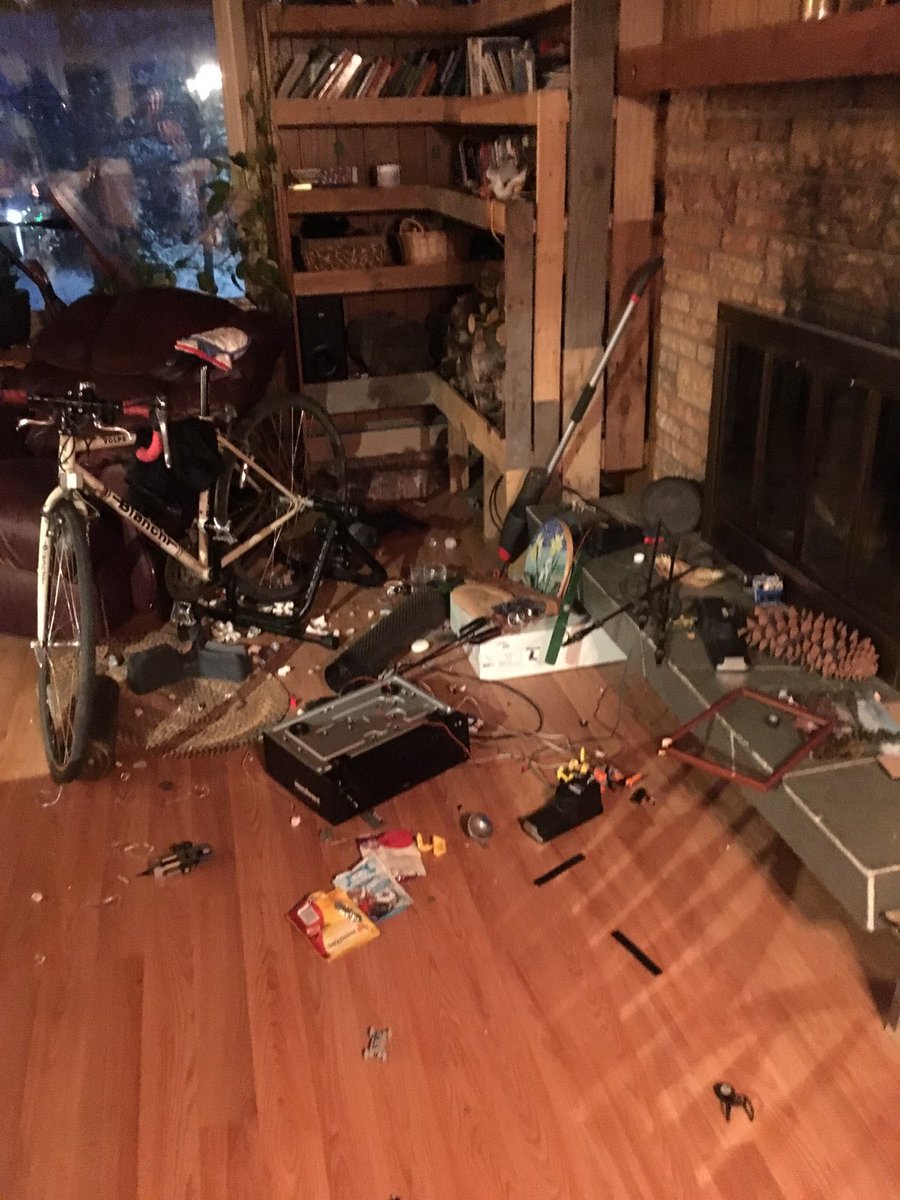 Alaska Governor Bill Walker has issued a disaster declaration and said he is in contact with the White House.

(1/2) After a major earthquake, I have issued a declaration of disaster & I have been in direct contact with the White House. Major General Laurie Hummel & I are now working w emergency responders to make sure Alaskans are safe.

(2/2) From the incident command center established at Joint Base Elmendorf and Richardson we are closely monitoring reports of aftershocks and assessing damage to roads, bridges and buildings.

My family is praying for yours. God bless Alaska.

A magnitude 7.0 earthquake hit Anchorage, Alaska Friday morning, prompting people living in the city to run out of their offices and hide under their desks until the tremor had passed. The US Geological Survey said the earthquake’s epicenter was located roughly 7 miles (12 kilometers) north of Anchorage, Alaska’s largest city, according to the Associated Press.

A reporter in Anchorage witnessed cracks in a 2-storey building after the quake, which was followed by smaller aftershocks, including a magnitude 5.3 and magnitude 5.7 – which sent people running for cover again. Residents were warned that more could follow throughout the day.

One witness offered a harrowing description of the quake to the AP:

“It was anarchy,” he said. “There’s no pictures left on the walls, there’s no power, there’s no fish tank left. Everything that’s not tied down is broke.”

David Harper told the AP that he was getting coffee at a store when the rumbling began and intensified into something that sounded “like the building was just going to fall apart,” sending him sprinting for the exit.

“The main thought that was going through my head as I was trying to get out the door was, ‘I want this to stop,'” he said. Harper said the quake was “significant enough that the people who were outside were actively hugging each other. You could tell that it was a bad one.”

Some context: Alaska averages 40,000 earthquakes per year, with more large quakes than the 49 other states combined. The southern part of the state is particularly vulnerable due to shifting tectonic plates. The strongest quake to ever strike the state

Alyeska Pipeline Service said it is checking on its Alaska pipeline after the quake. A company spokeswoman said the company currently isn’t aware of any problems, according to Bloomberg. The pipeline has been shut down as a precaution.

USGS issued a tsunami warning shortly after the quake, warning people to evacuate coastal areas of the Cook Inlet and Southern Kenai Peninsula.

Alaska’s Anchorage airport said some flights were still arriving but advised that others might be canceled.

Currently some flights are arriving. Check with your airline for the most up to date information.

Reports of road damage have been confirmed, including International Airport Road. Use EXTREME Caution if you are driving.

The arrivals ramp and the departure ramp is closed. The commercial curb is available. Follow traffic control signage and barricades.

The airport terminal is open. Flights are arriving and departing. Check with your airline for accurate information.

We hope that everyone is safe after the earthquake. We are assessing building safety and damages now. We will update the community as new information comes in. In the meantime, parents and guardians, when you feel it is safe to do so, please pick your children up from school.

One local news station posted a photo of the quake’s aftermath.

I’m guessing that houses all across Anchorage have rooms that look like this or much worse right now. #earthquake pic.twitter.com/mzq8dX85NG

There was just a MONSTER earthquake in Anchorage. I was getting coffee in a store at the time. Here’s the shelves. pic.twitter.com/SqERuX7FRH

Behind the bar at Chilkoot Charlie’s in Anchorage #AkEarthquake pic.twitter.com/ZP2wqAW4go

Major earthquake in Anchorage this morning. ⁦@uaanchorage⁩ is closed. We have some damage. Currently assessing. No word of injuries, thankfully. Power still OK. This is one of our conference rooms. Kudos to our Incident Management Team for quick response. We are fortunate. pic.twitter.com/ZffVAwuIbY

Harrowing videos showing students taking shelter under their desks and other terrifying scenes quickly surfaced on social media. Another showed the damage that occurred on the sixth floor of the Anchorage courthouse:

This is what happened on the 6th floor of the Nesbett Courthouse during the Anchorage #earthquake. Both attorneys jumped under their desks. Evacuated the building after the shaking stopped. pic.twitter.com/dqHGPCv6XO

Collapsed exit in Anchorage, Alaska, after the earthquake via Dillon Vought https://t.co/mc66WrJz2I

Meanwhile, the number of people injured in the quake has yet to be reported.