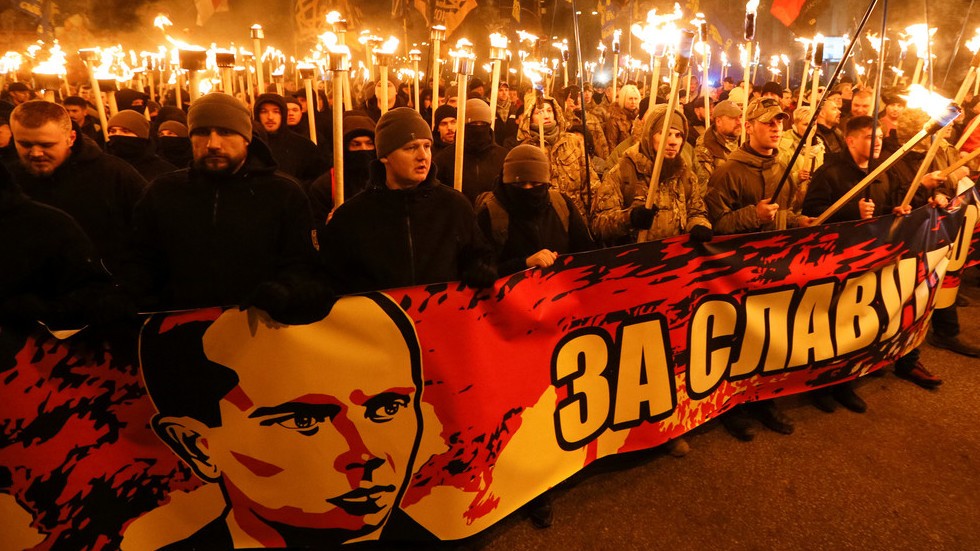 The Israeli ambassador to Kiev has expressed outrage, after a region in Ukraine dedicated the year 2019 to the prominent nationalist leader and Nazi collaborator Stepan Bandera.

The Israeli ambassador to Kiev has expressed outrage, after a region in Ukraine dedicated the year 2019 to the prominent nationalist leader and Nazi collaborator Stepan Bandera.

Joel Lion took to Twitter on Thursday to say he was “shocked” after the Lviv region honored Bandera in this manner. The move was to mark the 110th anniversary of Bandera’s birth.

1/2 I was shocked to hear the decision of the Lviv Oblast declaring 2019 as the Stepan Bandera year. I cannot understand how the glorification of those directly involved in horrible antisemitic crimes helps fight antisemitism and xenophobia. @KyivPost @MFA_Ukraine @VGroysman

2/2 Ukraine should not forget those crimes committed against Ukrainian Jews and in no way celebrate them through honoring their perpetrators. @KyivPost @MFA_Ukraine @VGroysman

Lion’s remarks reference the fact that, before the Nazi invasion of the Soviet Union, Bandera’s Organization of Ukrainian Nationalists (OUN) had collaborated with the Nazis. However, his friendship with them didn’t last long and Bandera was arrested and imprisoned by the Germans.

Bandera is accused of condoning the ethnic cleansing of thousands of Poles in what is now western Ukraine, and Jewish groups have linked his followers to the mass murder of Jews.

Even so, many in Ukraine still regard Bandera as a hero, with lawmakers from Ukraine’s two biggest parties filing a motion earlier this month for President Petro Poroshenko to posthumously grant him the ‘Hero of Ukraine’ award.
In their note, they said Bandera “fought for Ukrainian statehood against the Soviet and German occupation regimes” and became an “embodiment and symbol” of the struggle for Ukrainian independence, turning into “one of the main enemies” of both Nazi Germany and the Soviet Union.

The award bestowed by Lviv comes after the Ukrainian city of Zhytomyr declared 2019 the year of Stepan Bandera in July. The controversial figure has been made an honorary citizen of dozens of cities in western Ukraine.

Ukraine has been seeing a rise in nationalism since the 2014 coup that launched the current government to power. In January, some 6,500 people across Ukraine marched to commemorate Bandera’s birthday, and dozens of events were held to honor him.