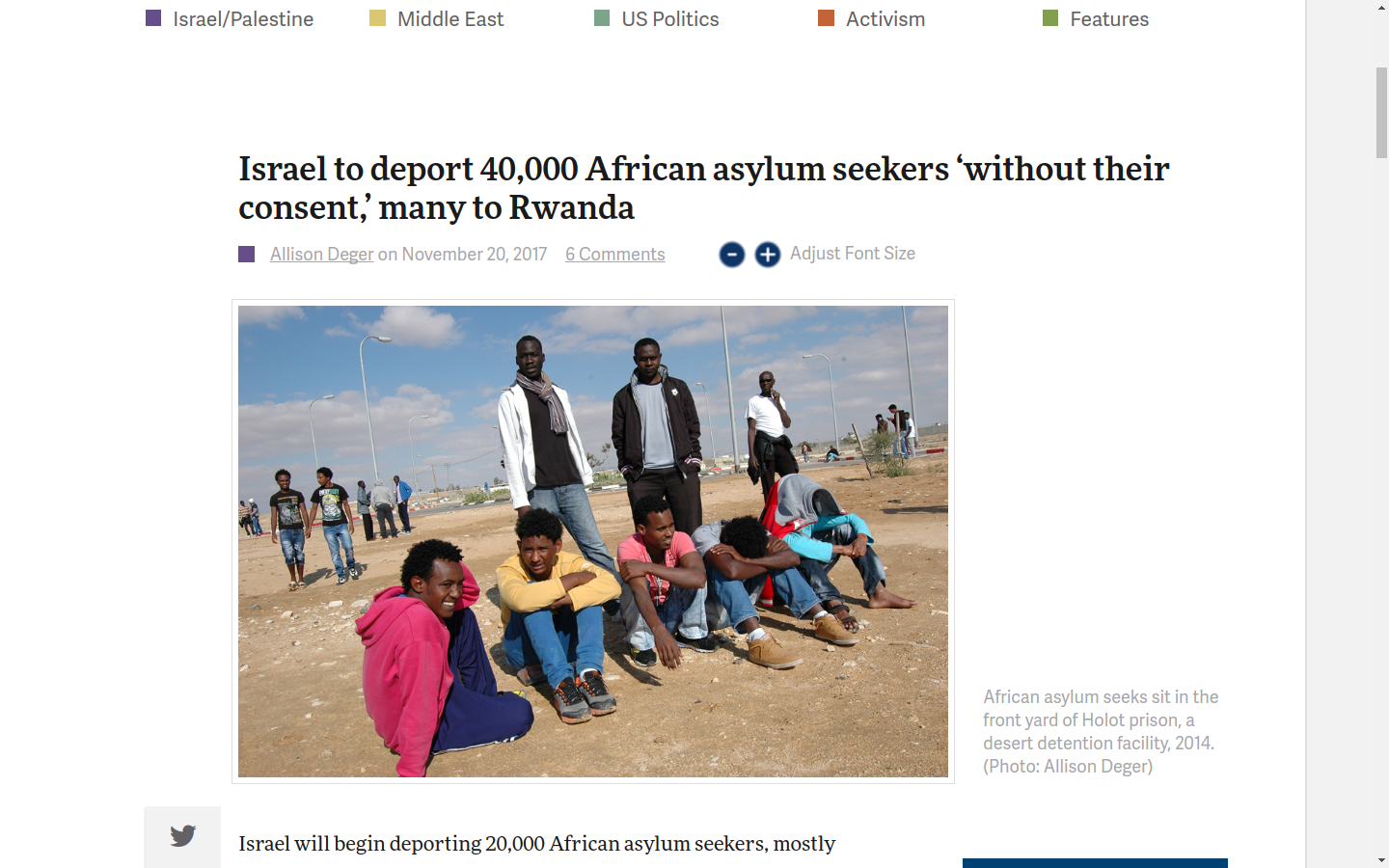 Israel will begin deporting 20,000 African asylum seekers, mostly from Eritrea and the Sudan, to an unnamed third-party country “without their consent,” Prime Minister Benjamin Netanyahu announced Sunday in a cabinet meeting. According to Israeli media the refugees will be sent to Rwanda, in return for which Israel will pay the African nation $5,000 per head.

Using the term “infiltrators” to refer to Africans who crossed into Israel through the Sinai, Netanyahu said he had reached “stage three” of a plan to remove all asylum seekers.

“Regarding infiltrators, we will discuss one of the aspects of this topic at the cabinet meeting,” Netanyahu said. “Our policy towards infiltrators is three staged: Stage one is halting. We built a fence and enacted laws that completely blocked the flow of infiltrators and today we have zero infiltrators. Second stage is removal. We removed approximately 20,000 out of the existing infiltrators using various measures. Stage three is increased removal.”

The prime minister added that Israel will no longer require asylum seekers to sign a document authorizing their deportation, a controversial practice done in the past and known as “voluntary deportation,” in which Africans were sent to third-party countries Rwanda and Uganda. Refugee groups have alleged the deportations were coerced; the refugees faced imprisonment in Israel, or deportation.

“This removal is enabled thanks to an international agreement I achieved, which allows us to remove the 40,000 remaining infiltrators without their consent,” Netanyahu continued. “This is very important. It will enable us later to make the ‘Holot’ facility unnecessary and to use part of the vast resources we allocate there for inspectors and increased removal. That is why we are succeeding here. But our goal is to continue removing significantly more then what we have until now.”