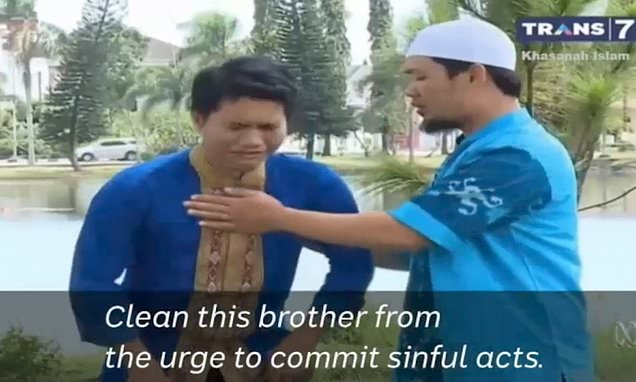 An Indonesian town has introduced religious exorcisms to ‘cure’ homosexuality and transgender people.

Religious exorcisms are being carried out in an Indonesian town in a drive to ‘cleanse’ LGBT people of what clerics call ‘their sickness’, as homophobic sentiment continues to rise in the Muslim-majority nation.

There has been a sharp escalation in homophobic rhetoric and a spike in the number of arrests of members of Indonesia’s LGBT community recently.

Police in Padang have arrested 18 couples – 10 lesbian women and eight individuals who identify as transgender – in an effort to get them ‘psychological support and rehabilitation’, ABC News reported.

In Indonesia, the general consensus is that mental health problems caused by demonic spirits called ‘dijinn’ are to blame for homosexuality and transgenderism, and that some sort of exorcism or ruqyah is needed to ‘cure them’.