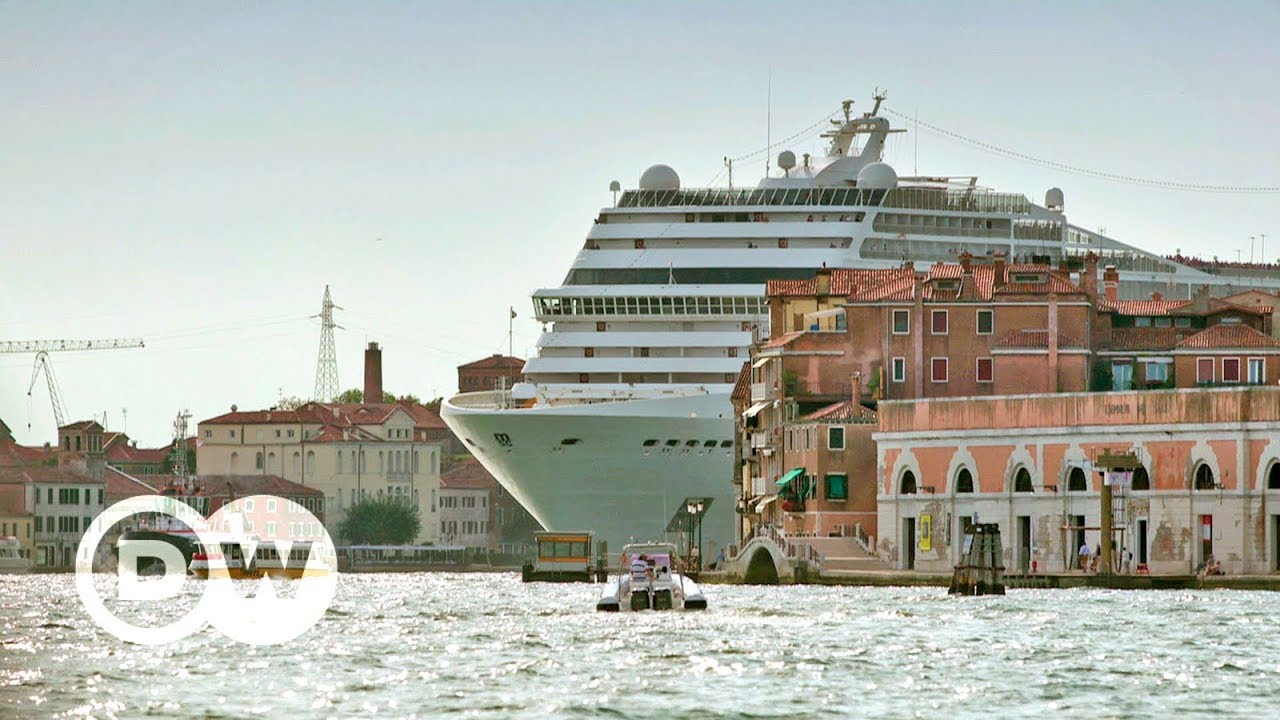 Venice is threatened by mass tourism. Some 30 million visitors a year come to the city in Italy, making their way through the narrow streets.

With an infrastructure more and more tailored to the needs of tourism, the city’s remaining residents feel left behind. During high season an influx of up to 130 thousand tourists a day means the city authorities have scant resources to cater for the more mundane needs of residents. A constant flotilla of small boats ferry passengers between city landing stages and giant cruise liners moored in the lagoon. Air quality in Venice is often worse than busy city centers.

Within the last generation the number of residents has dropped by nearly a third. The Rialto Bridge and St Mark’s Square have become the main attractions in this Venetian Theme park providing locals with jobs in the tourist sector, but little else. Rents are sky high, Airbnb rules the roost.

More and more historical buildings have been taken over by hotels. Shops, bars and restaurant cater almost exclusively to tourists. But residents are fighting back and now there are over 30 local initiatives trying to stem the tides of mass tourism.