http://www.undergroundworldnews.com
Its entrances are guarded first by a pair of sphinxes, then by columns in the form of women—each stretching out an arm to ward off intruders. Beyond them lies one of the greatest mysteries of modern archaeology, one that might be solved in the next few days—or might trouble the sleep of scholars for decades, as the last great find in the territory of the ancient Macedonians, the nation once ruled by Alexander the Great, has done. 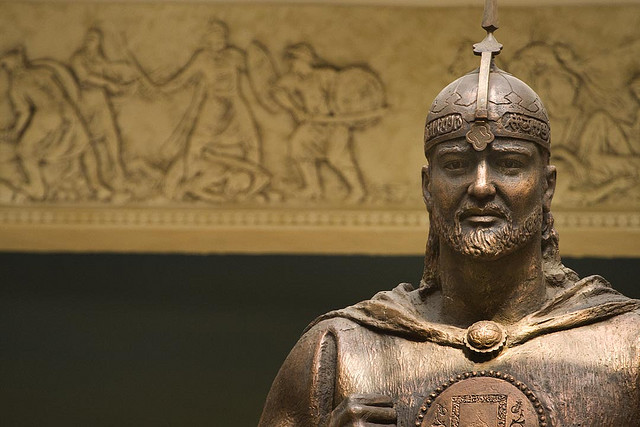 The structure that now holds much of Greece and Hellenists around the world in suspense stands at the site of ancient Amphipolis, about a hundred miles east of Thessalonica, on territory conquered by Alexander’s father Philip in the 4th century B.C. Amphipolis was a major Greek city and a stronghold of the vast Macedonian empire, but today the site is all but deserted. On grasslands where goatherds graze their flocks, under a hill called Kasta—now protected by a military cordon from throngs of onlookers—lies one of the most puzzling finds ever unearthed in the Aegean region.

Round in shape and vast in size, the building beneath the hill has been called a tomb for lack of a better label. Circular buildings, though rare in antiquity, were sometimes used for royal burials, but no other known tombs approach the scale of this one: 500 meters in circumference (half again larger than Stonehenge) and surrounded by a superbly built marble wall. Atop the center of the building’s roof once stood a crouching stone lion, long ago removed from the site but still intact—a sign that the tomb, if such it is, probably held a great soldier or ruler. The structure’s date, fixed by analysis of the lion and the stonework, seems to be the last quarter of the 4th century B.C., the decades just after Alexander’s death in 323.

Only Alexander himself, it would seem, could have merited such an enormous and expensive resting place, yet Alexander’s remains are known to have gone elsewhere—stolen by Ptolemy, the Macedonian ruler of Egypt, for interment in Alexandria and later visited by thousands. So unless an ancient legend is true, that Ptolemy swapped a dummy Alexander for the real one, the greatest corpse in the ancient world is already accounted for (at least until its unexplained disappearance many centuries later). So too, apparently, are the bodies of Alexander’s father and son, widely believed to be the occupants of two sumptuous tombs discovered, totally intact, in the late 1970s, near Vergina, on the site of what was once the Macedonian royal capital.