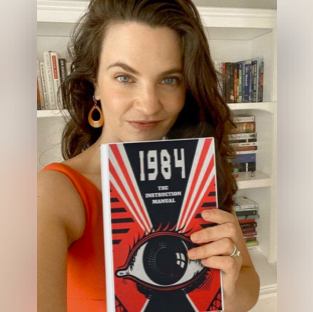 They are acting inside a legal framework that classifies them as the Ukrainian military. That’s according to Ukrainian sources managing the operations.

In all seriousness, I’ve been waiting 7 years for the US Disinformation Governance Board to open its doors. It was the only natural progression of Ukraine’s Information Operation against US citizens and journalists possible. Its inception was only a matter of time under a Democrat US President.

Consider the following carefully. They are both talking about the same thing, just framing it differently.

Dobriansky was the leader of the US-Ukrainian Diaspora lobby (UCCA) until it looked like a flagrant conflict of interest and stepped down to support the Clinton campaign openly. His group is the most powerful lobby in WDC today and is larger than the Saudi Arabian lobby in clout and influence.

This military information operation (IO) still being used against Americans was designed to overthrow governments and when working properly, provides an across media “re-education camp” for all dissenting voices. Comply or get crushed.

The goal is to instill a form of Americanized Ukrainian nationalism into all aspects of American life and politics.

So, what was the testing lab Dobriansky tweeted about and Chalupa wrote about? The products of SCL-IOTA Global’s work in Ukraine that Nina Jankowiciz helped to sell to the American public.

Jankowicz was the (S)strategic communications expert for the Ukrainian Ministry of Foreign Relations (MFA) spokesperson through this period. The MFA was limited in statements to what the Ministry of Information Policy (MIP) was putting out.

The MIP originated with Joel Harding, SCL- IOTA Global’s Information Operation manager for Ukraine and Syria in January 2015. Jankowicz worked with the MIP Christina Dobrovolska who in turn managed the InformNapalm hacking and OSINT- IO combined teams consisting of Shaltai Boltai (DNC hacking fame according to Mueller reports), RUH8 which worked under the umbrella of Ukraine Cyber Alliance, and Cyber Hunta.

These are the groups that physically created the Manafort black ledger, Steele Dossier, DNC hacks, Trump-Russia narrative, and so on.

Jankowicz maintained direct ties to the Broadcasting Board of Governors through multiple channels including Harding and Karen Kornbluh.

The US Disinformation Governance Board (DGB) is modeled on Ukraine’s MIP. It should be noted that the first actions the MIP took was to create an online army to deplatform American journalists and start Myrotvorets, Ukraine’s hit for hire site. The first few victims were Ukrainian journalists criticizing the Poroshenko regime.

First, they targeted Democratic progressive journos that spoke against Hillary Clinton’s campaign. Then the de-platforming of websites began.

What most people don’t understand is that the closest political ideology to nationalism is the progressives. The original Antifaconsisted of progressives who found it natural to evolve into the Brown Shirts and then the Waffen SS in pre-war Germany.

They took ideological progressives down the same road in 2016-2017 to create a never-Trump army in the US. 2020 was the next logical evolution bringing progressives onboard because nationalist tendencies were cultured by culling the herd. To stay in media, progressives learned quickly to carry the approved narratives.

The DGB is the beginning of doing the same to progressive Republicans. The already-named enemy the Democrat nationalists are fighting was, is, and will always be Conservatives so this move is to show progressive Republicans the amount of economic and social pain that can be inflicted for non-compliance to Democrat narratives. The Biden administration’s goal with Russia policy is to force Americans to part with their own values or be labeled Un-American.

Historically, Conservatives embrace the politics of Idealism. It centers on how Americans see their place in the world as a positive force. Three recent presidents from both sides of the aisle that exemplified this publicly were JFK, Ronald Reagan, and Donald Trump.

Nina Jankowicz is an agent of the Ukrainian government. I mean that in the same sense as a lobbyist from her new position and a little more. A new wrinkle in this mess was added when I exposed Ukraine’s IT army of which Jankowicz is a member. Ukraine responded by releasing a notice detailing the exact classification of its supporters.

Jankowicz and members of Congress fall under this classification because the disinformation (IO) they support or purvey is directed against protected groups, i.e., US and EU general populations, and attacking journalists. The openly hostile moves to sanction people, groups, and journalists that question their Ukraine narrative make this position clear.

They are acting inside a legal framework that classifies them as the Ukrainian military. That’s according to Ukrainian sources managing the operations. Just something to think about as Biden cuts Zelenskyy his monthly stimulus check.

George Eliason is an American journalist living and working in Donbass. He provided some of the earliest news coverage at the beginning of the Ukraine conflict and some coverage from the frontline in the Ukrainian civil war as well as analysis of the conflict. Eliason was noted by the New York Times, 60 Minutes, and the Heritage Foundation’s Foreign Policy Magazine as the earliest and a primary source of information about Ukrainegate, Obamagate, and the coup against Donald Trump. He has been interviewed by the New York Times, RT, Press TV, and the BBC. His articles on the Intel community and agency overstep has been noted by Project Censored as the second most important stories with national signifigancein 2018 for going beyond WikiLeaks coverage on the dangers private Intelligence companies present to national security and world peace. Eliason has been been published in Modern Diplomacy, the Security Assistance Monitor, Washingtonsblog Consortium News, OpedNews, and Zero Hedge among many other publications.