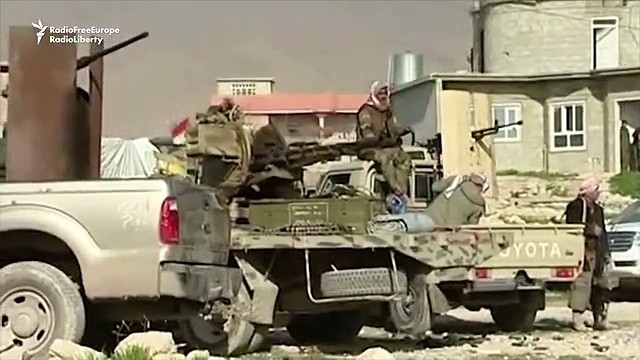 Iraqi Christians Hope For A Better Future In Mosul, The Ancient and Biblical “Nineveh”.

The 2014 siege of Islamic State militants in northern areas of Iraq has devastated what was a large Christian community in Mosul. But some are fighting back along with Kurdish fighters and Iraqi government forces. Community leaders hope Christians can return and rebuild, once Mosul is liberated. (RFE/RL’s Radio Farda)

As Mosul offensive looms Nineveh Christians hope for own province

DOHUK, Kurdistan Region – Christian refugees from Nineveh Plains say the establishment of a Christian region or province in Iraq after the anticipated Mosul offensive can further protect their community. They say a Christian-administrated province will support the long-term stability in the volatile plains where mixed ethnic groups share common territorial claims.

“Almost all Christian refugees who come to my Church to pray would favor to live in a Christian region or province under international protection,” says Father Jamil Gorgis, a local priest in Dohuk, where some 75,000 Christians from Mosul have taken shelter.

Mari says a Christian province where the administrative bodies are elected by the Christians will be able to promote and preserve their fragile community from future uncertainties.

The Nineveh plains, located mainly in Nineveh province south of Dohuk, has been one of the most volatile regions in Iraq with a rich mixture of ethnic and religious groups.