Following the death of Soleiman, the Iranian regime painted U.S. and Israeli flags on the street so the Iranian people could walk on them, which is the ultimate sign of disrespect. But most students at Melli University in Tehran are refusing to walk on the flags, which seems to anger Iranian officials. 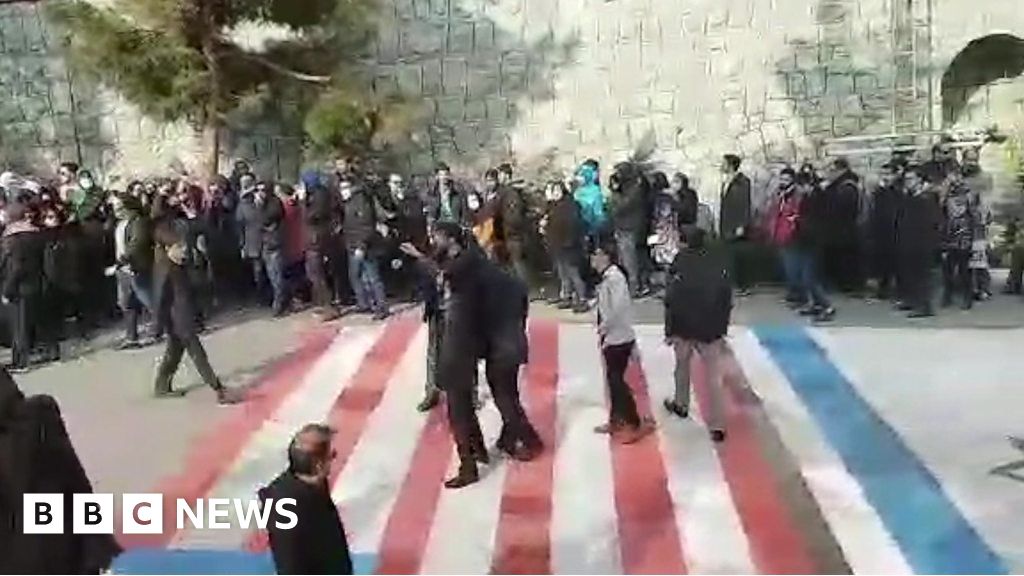 Iran is in upheaval with anti-government protests calling for Khamenei to resign. This comes after Iran shot down the Ukrainian airliner, killing 176, including many Iranians. Is this the spark that will finally cause the overthrow of the murderous regime?

The regime had painted the US and Israeli flags on the street so the Iranian people could walk on them. Students are seen in the video below refusing to walk on the flags:

Students refuse to walk on the US and Israeli flag:

Tehran, Melli Universoty, 01/12/2020
Students refuse to walk on the US and Israeli flag. #IranProtests pic.twitter.com/VraMRPub4V

A street-level view of the protest:

Most Iranians are refusing to disrespect the United States and Israeli flags now that Soleimani is dead#IranProtests2020 #Iran #UkrainePlaneCrash #AmericasKeepers pic.twitter.com/xaNNWD22xP