Secretary of the Expediency Discernment Council, Mohsen Rezaei, was quoted by Al-Alam, the Arabic channel of Iran’s state TV, as also saying Hamas should also dig tunnels to be used as shelter to protect Gaza’s population from Israeli assaults.

“Palestinian resistance missiles are the blessings of Iran’s transfer of technology. We need to transfer defensive and military technology to Palestinians so that they can build weapons under the blockade and defend themselves,” Rezaei said. Rezaei, a former chief commander of Iran’s powerful Revolutionary Guard, also urged Hamas to capture Israeli soldiers to use them as bargaining chips in its battle against Israel. 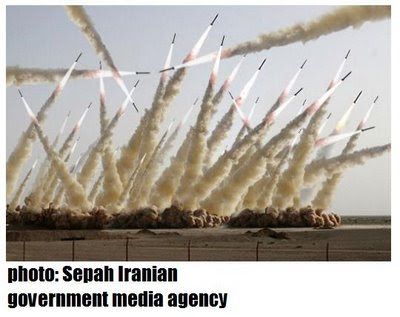 Supreme Leader Ayatollah Ali Khamanei, who has the final say on all state matters in Iran, called on Muslims from around the world last week to help arm Palestinians in the West Bank and Gaza to defend themselves against Israel. Iran, a Hamas backer, does not recognize Israel and supports militant anti-Israeli groups such as the Palestinian Hamas and Lebanon’s Shi’ite Hezbollah group.