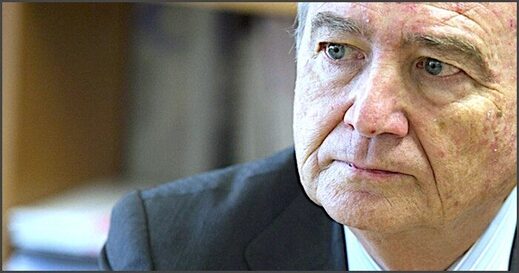 Jose Maria Fernandez Sousa-Faro, president of European pharmaceuticals giant PharmaMar, has been charged by police with being falsely vaccinated against Covid-19. Dr. Sousa-Faro has been caught up in a scandal in Europe involving people being added to the National Immunization Registry in exchange for large sums of money, with many of them familiar faces and household names.

Police allege that Sousa-Faro arranged to be injected with a saline solution instead of a Covid-19 vaccination and paid thousands of dollars to have his name added to Spain’s immunization register, as confirmed by police sources and reported by El Periodico de Espana.

Dr. Sousa-Faro is among more than 2,200 celebrities and European elites on the list drawn up by National Police of those falsely vaccinated against Covid.

According to El Mundo, Spanish police carried out the investigation called Operation Jenner which uncovered the vast network of celebrities and elites who have paid money to have their names fraudulently entered on the National Immunization Register, despite refusing to be vaccinated.

EuroWeekly News report: The leader of the network was a nursing assistant at the La Paz University Hospital, where he is accused of charging more than €200,000 euros for fraudulently registering 2,200 people as vaccinated in the National Registry against Covid-19. He has been arrested and is currently in custody.

Among those accused are Bruno González Cabrera, a defender who played for Betis, Getafe, Levante and Valladolid. Fabio Díez Steinaker in beach volleyball, runner-up in Europe and fifth in the Sydney Olympic Games. The former Valencian boxer and wrestler José Luis Zapater, alias Titín, who starred in more than a thousand fights.

According to the police who are investigating the 2,200 false Covid-19 vaccination certificates, the fee was dependent on your social standing. The more important you were, the higher the price.

About the Author:
Baxter Dmitry is a writer at News Punch. He covers politics, business and entertainment. Speaking truth to power since he learned to talk, Baxter has travelled in over 80 countries and won arguments in every single one. Live without fear.