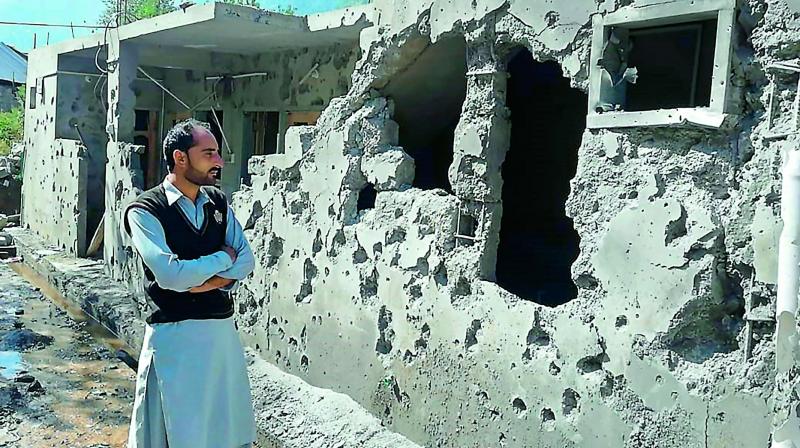 After unprovoked firing, army kills many terrorists in PoK.

New Delhi: In a strong counter-attack, the Indian army killed at least six Pakistani soldiers and destroyed four terror launch pads along the line of control, opposite the Tangdhar sector, on early Sunday morning through heavy targeted artillery shelling.

The Indian army action was in retaliation to the Pakistan army’s gross violation of the ceasefire on Saturday night to push terrorists into Indian soil, in which two Indian army soldiers and one civilian were killed in the Tangdhar sector of Kupwara district in the Kashmir valley.

“According to reports, which we have received, there has been heavy damage to the Pakistani army and terrorists who were there in terror camps. At least six to ten Pakistani soldiers have died and a similar number of terrorists have also been killed,” said General Bipin Rawat, chief of the Indian army.

He said that unconfirmed reports suggest that the casualties to terrorists could be much higher. “There is a kind of radio silence on the other side. We are not even able to pick up any mobile communication from across,” he said.

The army chief further said that at least three terrorist camps were completely destroyed and a fourth terrorist camp heavily damaged. “It was decided that we target terror camps across. We had the coordinates of these camps,” he said.

He said that in the last one month, there have been repeated attempts to infiltrate terrorists in different sectors.

“We have been able to destroy four to five terrorist camps. Each such camp has around 10 to 15 terrorists in them. It is difficult right now to give exact figures of how many terrorists have been killed,” a senior army official said. He said that the number of Pakistani soldiers who have been injured is much higher.

The Indian Army, in a statement, said that its artillery hit terrorist launch pads, Pak army posts and Pakistan gun positions along the line of control (LoC) around the Tangdhar sector.

On the Indian side, Mohd Sadeeq, a civilian, 55, was killed in the Gundi Shath village in Tangdhar in Pakistan army firing. Three civilians from the same village were injured — Mohd Maqbool, 70,  Mohd Shafi, 50, and Yusuf Hamid, 22.

However, Pakistan army spokesperson, major general Asif Ghafoor, in a statement ,said that only one Pakistani soldier was killed and two soldiers were injured in the firing by the Indian army.

New Delhi: In a strong counter-attack, the Indian army killed at least six Pakistani soldiers and destroyed four terror launch pads along the line of control, opposite the Tangdhar sector, on early Sunday morning through heavy targeted artillery shelling.https://t.co/iSFkz3XThD