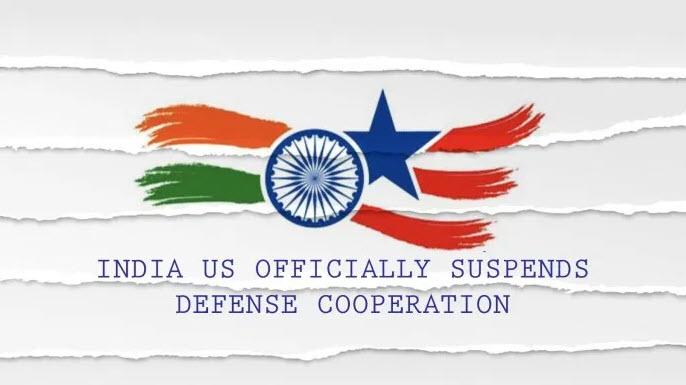 Submitted by GreatGameIndia, a journal on Geopolitics and International Relations.

In a major development brewing for sometime now, India and US have officially suspended Defense Cooperation after Americans refused to give India high-end jet-engine technology. At the heart of the Indo-US Strategic Partnership is what is known as the Defense Technology and Trade Initiative or DTTI. Under the 2012 DTTI, India and the US set up joint working groups (JWGs) for cooperation on aircraft carriers and jet engine technology, all of the 4 pathfinder projects have now been shutdown. The move comes days after former US Secretary of State and National Security Adviser Henry Kissinger’s visit to India.

“The original project (jet engine technology) we have is suspended right now but we are talking about other potential engine working groups. We could not come to an understanding of what exportable technologies will be useful to India and we did run into a challenge in terms of US export controls,” said Ellen Lord, the US under secretary of defense for acquisition and sustainment.

She was interacting with a small group of reporters after holding talks with secretary (defence production) Subhash Chandra at the 9th DTTI group meeting held in New Delhi. She said there was an enormous amount of aircraft technology that India and the US could work on together. “I know that in the past, there have been frustrations with progress under DTTI, but I can assure you that we are making considerable progress.”

According to leaked information of a high-level meeting, the United States and India’s failure to reach a long-expected trade deal on Sept. 24 has sparked fears of a full-fledged India US #TradeWar.https://t.co/CusYEQWAdB

She said the two sides had come a long way since the JWG format began in 2015. “The JWG co-chairs are working hard to show progress on current projects and identify new ones. The technologies that they are discussing are significant…”

Air Vice Marshal Manmohan Bahadur (retd), additional director general, Centre for Air Power Studies, said, “It would have been over optimistic to expect the Americans to give us high-end engine technology — no one parts with such strategic know-how. We must go for realistic technologies that we lack — and there are many such techs which the US can give.”

At the heart of the Indo-US Strategic Partnership is what is known as the Defense Technology and Trade Initiative. DTTI was launched in 2012 with Secretary Leon Panetta appointing the then Deputy Secretary of Defense Ashton Carter to lead the ambitious initiative “to pursue four pathfinder DTTI projects for possible co-development and/or co-production, as well as cooperation on aircraft carriers and jet engine technology”.

By all accounts, the defence partnership is the engine of bilateral ties — the “load-bearing pillar”, to quote Joshua White, a former administration official. But how solid is that load-bearing pillar in reality? Insiders say that contradictions, confusion, a mismatch of supply and demand and a lack of clearly defined objectives have restricted progress.

At its last meeting in July (2018), DTTI’s jet engine working group was shut down for lack of progress. They chose to call it a “strategic pause”. Apparently, the divergence between what India wanted and what the US and General Electric were willing to offer was too wide.

It’s obvious that GE will not part with its crown jewel having spent billions in R&D. As someone said, “it’s the one thing the company has”. GE executives saw it as a compromise of their intellectual property to even suggest improvements in an indigenous Indian engine (Kaveri). Differences also emerged because the US  wanted a measure of where India was in terms of indigenous engine technology. India was not keen on open access and benchmarking.

US has put sanctions on several Chinese companies for shipping Iranian oil, putting dozens of Supertankers off limits to energy traders. As a direct impact of blacklisting of Chinese shipping company Cosco 145,000 tonnes of Indian Oil is at risk. #TradeWarhttps://t.co/3mkR2yPa4D

The four ‘pathfinder’ projects envisioned by DTTI were:

To add to the gloom, the India Rapid Reaction Cell set up by Pentagon to fast-track DTTI projects has been downsized.

Moreover, according to leaked information of a high-level meeting, the United States and India’s failure to reach a long-expected trade deal on Sept. 24 has sparked fears of a full-fledged India US trade war.

On Sept. 24, U.S. Trade Representative Robert Lighthizer and Indian Commerce Minister Piyush Goyal met on the sidelines of the U.N. General Assembly, raising expectations that the two sides were poised to reveal a new trade deal following months of talks. But according to information leaked from the meeting as reported by Stratfor, the negotiators failed to agree on Indian concessions on information and communication technology, dairy, pharmaceuticals, agriculture, e-commerce, and data localization — in short, every bone of contention that have stymied an agreement for months. Still, U.S. President Donald Trump told visiting Indian Prime Minister Narendra Modi the same day that they would be able to announce a trade deal soon.

Bilateral trade, which totaled $142.1 billion last year, remains the major friction point in the U.S.-India relationship. India exported $83.2 billion worth of goods and services to the United States and imported $58.9 billion, resulting in a $24.3 billion surplus. Trump, pointing to the imbalance, has singled Modi out in the past as the “tariff king,” demanding that New Delhi reduce its trade surplus with Washington and lower tariff barriers for American commerce in India.

US oil refineries that are unable to sell dirty fuel waste product at home are exporting vast quantities of it to India.  In 2016 US sent more than 8 million metric tons of dirty petcoke to India enough to fill the Empire State Building eight times. https://t.co/TPXrOcWEkn

The US imposed on India an additional tariff of 25% and 10% on import of steel and aluminum products in March last year. In April, a Congressional Research Service brief on US-India trade relations noted, “Bilateral tensions have increased over each side’s tariff policies.” Then, on May 31 – the day after the inauguration of NDA government to start its second term – the Trump administration announced that it was terminating India’s participation in the Generalized System of Preferences (GSP) which allows eligible developing countries to import to the United States duty free. Last year, the GSP accounted for approximately $5 billion of the $83.2 billion in imports India sent to the US.

In response, the government of India imposed retaliatory tariffs on 28 products originating or exported from the US with effect from 16th June this year. India is expected to get an additional $217 million of revenue from the retaliatory tariffs. This tit-for-tat created substantial tension in the India-US relationship going into the G20 Summit.