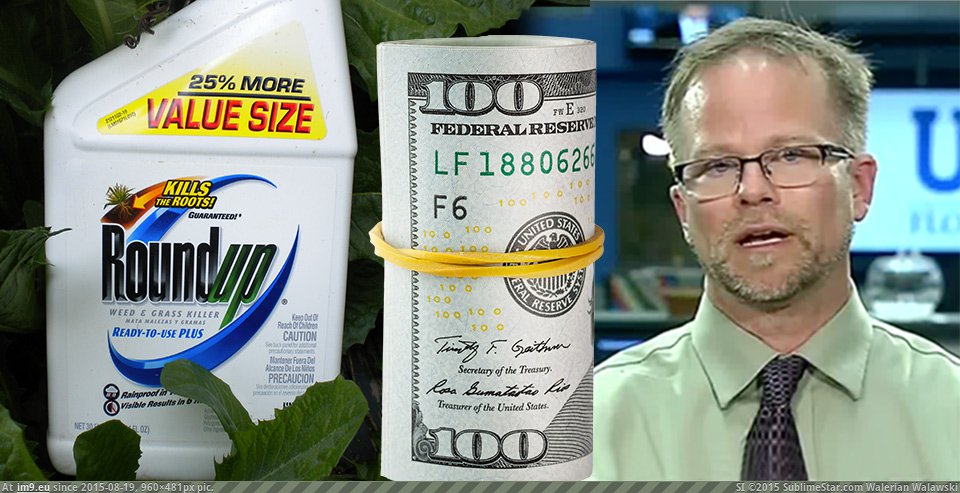 The FOIA requests were sent to 14 scientists at four public universities, requesting information on communications and email records.

The FOIA findings included communications of well-known, staunch proponents of GM crops like Kevin Folta, a professor and chairman of the Horticultural Sciences Department at the University of Gainesville, who received a $25,000 grant from Monsanto. The emails reveal the funds could “be used at [his] discretion in support of [his] research and outreach projects”.

About 4,600 pages of emails, among other records, were obtained from Folta.

According to the communications, the ties between allegedly objective scientists and Big Agriculture run deep. According to Nature Magazine,

“The documents show that Monsanto paid for Folta’s travel to speak to US students, farmers, politicians and the media. Other industry contacts occasionally sent him suggested responses to common questions about GM organisms.”

While it’s not uncommon for scientists to receive corporate funding through grants, these revelations are troublesome because Folta is regularly sold to the public as an “independent” authority on GMOs. In fact, the biotech industry-funded site, GMOanswers.com — which seeks to dispel myths about the dangers of GM foods and pesticides — has still not disclosed Folta’s financial ties to Monsanto.

According to an article from Nature Magazine, U.S. Right to Know is“probing what it sees as collusion between the agricultural biotechnology industry and academics who study science, economics and communication.”

In layman’s terms, the organization is made up of ordinary people who seek to make corruption transparent and obliterate illusions of objectivity.

Executive director of U.S. Right to Know, Gary Ruskin, said one of the reasons the organization made the requests is that “The agri-chemical industry has spent $100 million dollars in a massive public relations campaign.The public has the right to know the dynamics.”

It looks like the FOIA targets are doing everything they can to avoid revealing information. According to Wired, “Legal teams at the universities—Nebraska, University of Florida, UC Davis, and the University of Illinois—are currently evaluating the situation, but some scientists have already spoken out against the FOIA request.”

FOIA requests might be one of the greatest threats to corruption and revolving door politics, which explains why those who oppose transparency are doing everything they can to prevent them.

“Open records requests are increasingly being used to harass and intimidate scientists and other academic researchers, or to disrupt and delay their work,” a report from The Union of Concerned Scientists claims.

“Academic institutions and other involved parties need to be prepared to respond to these requests in a way that protects the privacy and academic freedom of researchers while complying with the law and respecting the public’s right to information.”

Kevin Folta did what he could to avoid blame, saying, “I’m just a teacher, trying to distill a controversial literature for the general public.”

“I turned over everything [requested by the FOIAs] immediately,” he said.

There is no such thing as objective science when a researcher receives tens of thousands of dollars from the GM producers themselves, then goes on to promote their financiers’ products. Corporate collusion between government bureaucracies and educational institutions has become a serious issue in the U.S. that has corrupted objectivity in nearly every sector of American life.

If there is corruption in our society that you wish to make transparent, you can file your own Freedom of Information Act request, just like U.S. Right to Know did.

This article (“Independent” GMO Researcher Forced to Release Emails Showing $25K Grant from Monsanto) is free and open source. You have permission to republish this article under a Creative Commons license with attribution toCassius Methyl and theAntiMedia.org. Anti-Media Radio airs weeknights at 11pm Eastern/8pm Pacific. If you spot a typo, email edits@theantimedia.org.

Cassius Methyl joined Anti-Media as an independent journalist in March of 2014. His topics of interest include thinking, creating a future, deep spirituality, and astrology. He resides in Sacramento, California. Learn more about Methyl here!