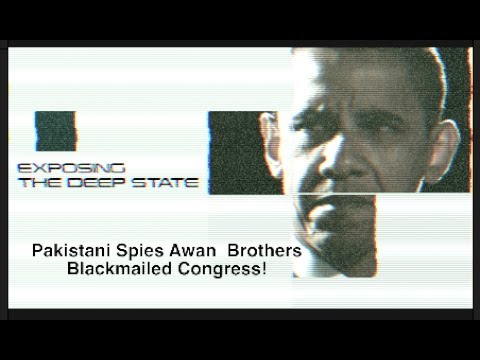 DID PAKISTANI SPIES BLACKMAIL MEMBERS OF CONGRESS AND IS PAKISTAN STILL DOING SO? Imran Awan, Debbie Wasserman Schultz Spied on Congress A huge scandal is brewing in the House of Representatives–a giant spying scandal that the mainstream media is keeping under wraps because it involves the Democrat rank and file. But our national security is being threatened. Will President Trump investigate the Awan Brothers spy ring? Let us hope so…

BREAKING VIDEO: Chaffetz: “Awan Scandal is a Much Much More Serious Situation That Will I Think Blossom. This is a Very Very Big Story.”

This is it Pakistan!

It is coming Muslim Brotherhood. The USA, India, are not going to let you continue. I am not going to mention how but you know the why.

People do not want to believe there are Arab’s who’s missions in life are to make lots of money off the USA while doing it legally or illegally to further an aganda/s and or destabilize society.

“If you think strong statements or mere pressure from the U.S. will be sufficient to really convince Pakistan to change its calculus, that is like really living in a fool’s paradise.”