“When I looked to my left, I noticed red and blue lights hovering,” the witness wrote in his MUFON report, found at the organization’s sighting report database. “I stopped and watched for a little bit to see if it was just someone playing with a toy. 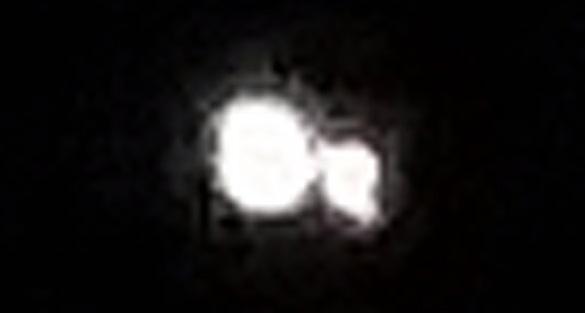 The video shows the object zigzagging back and forth, decelerating, then stopping, before speeding up and moving from side to side once again.

Some MUFON researchers believe the object was a small drone, yet the camera angle leaves little in the way of conclusive evidence.

“I looked at the video and found there is no reliable way to determine the object’s range. This presents us with a problem in determining the nature of the object,” Marc Dantonio, MUFON’s the chief photo and video analyst, told the Huffington Post.

“It’s a highly populated residential area and we have a lot of interesting things in the sky, with both Kennedy and LaGuardia airports just a few minutes away by air, as well as Long Island’s MacArthur Airport,” he said, according to Huffington Post.

Flammer agrees it could have been a drone, as the flying level seemed “typical of a person flying a craft at night.”

“One of my main thoughts was that it could have been a drone — something that somebody sent into the air and the witness might not have suspected that it was a drone,” Flammer said.“There are a couple of large parking fields along Port Jefferson where somebody might have, if so inclined, taken a drone and put it into the air.”

More materials on the Port Jefferson object can be found through MUFON’s sighting reportdatabase, case number 64777.

An analysis of MUFON’s data released last year found that Vermont, Arizona, and Maine led the US in UFO reports, with about four sightings per 100,000 people in 2013.

MUFON states that its goals are to “investigate UFO sightings and collect the data in the MUFON Database for use by researchers worldwide,” to “promote research on UFOs to discover the true nature of the phenomenon, with an eye towards scientific breakthroughs, and improving life on our planet,” and to “educate the public on the UFO phenomenon and its potential impact on society.”