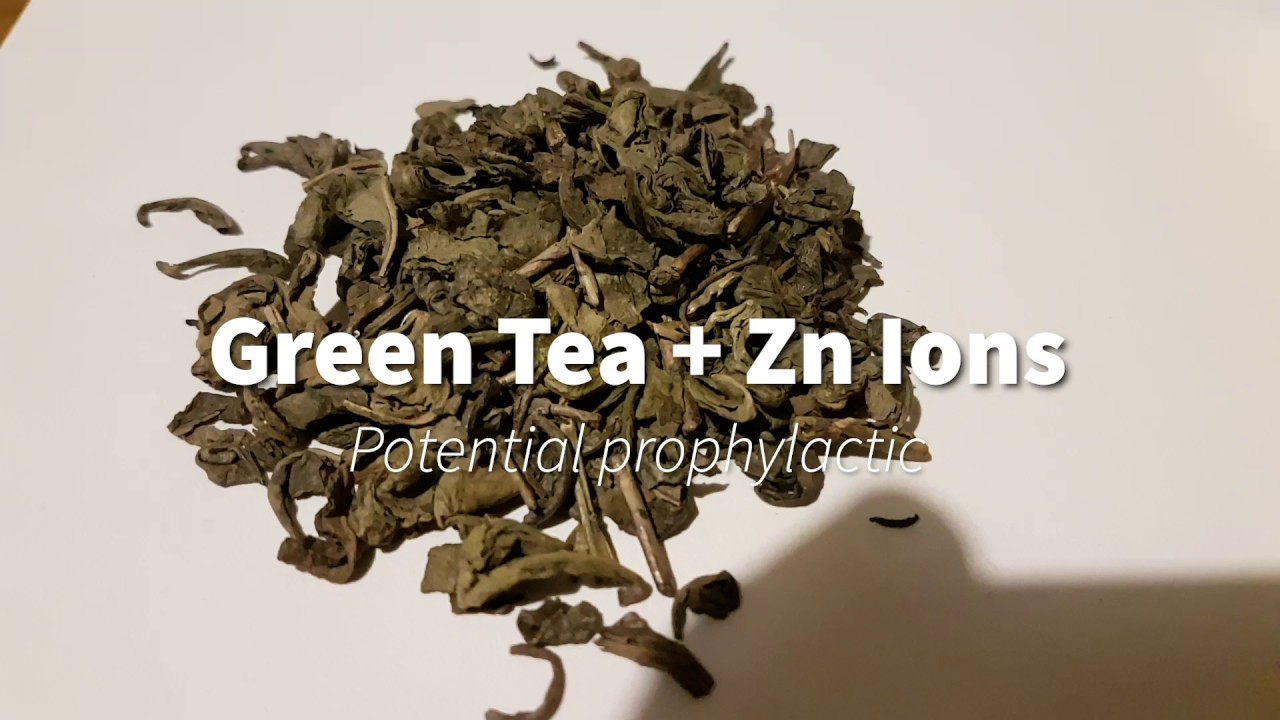 Zinc is a very powerful way to strengthen your body against viruses.  The National Institutes of Health notes:

Zinc is found in cells throughout the body. It helps the immune system fight off invading bacteria and viruses.

An abundance of evidence has accumulated over the past 50 years to demonstrate the antiviral activity of zinc against a variety of viruses, and via numerous mechanisms.

Ionic zinc possesses unique and distinct antiviral properties against a number of human viruses ….  Zinc has been shown to contribute to a number of innate and adaptive immune signaling pathways that have been comprehensively reviewed recently.

Upon recognition of microbial antigens … a rapid and transient influx of free zinc ions occurs.

Zinc plays a significant role in the response to [interferons] by modulating secretion, cytokine potency, and receptor binding, as well as influencing signaling intermediates and pathway inhibitors.

Zinc is a component of many enzymes and transcription factors in cells all over the body, and inadequate zinc levels limit the individual’s ability to mount an adequate immune response to infections. Multiple meta-analyses and pooled analyses of randomized controlled trials (RCTs) have shown that oral zinc supplementation reduces the incidence rate of acute respiratory infections by 35%, shortens the duration of flu-like symptoms by approximately 2 days, and improves the rate of recovery. The studies were conducted in the US as well as in multiple low- and middle-income countries such as India, South Africa, and Peru. The dose of zinc in these studies ranged from 20 mg/week to 92 mg/day. Dose does not appear to be the main driver of the effectiveness of zinc supplementation. [More on this below.]

Zinc was shown to inhibit viral replication in many other types of coronavirus, including in the original SarsCov coronavirus.  Many common colds are actually mild coronaviruses, and as UCHealth points out:

A Cochrane review updated in 2013 summarized 18 randomized controlled trials involving 1,781 participants across all age groups found that zinc – particularly in lozenge or syrup form – “inhibits replication of the virus” that cause the common cold and shortens average duration of the common cold when taken within 24 hours of onset of symptoms at a dose of more than 75 milligrams a day.

A 2010 study led by University of Leiden Medical researchers in the Netherlands sought to understand how zinc inhibited that replication. The team reported that zinc inhibits a cousin of SARS-CoV-2: SARS-CoV, the original SARS of the 2003 outbreak.

And it could be very helpful in fighting this specific type of coronavirus, SarsCov2 (i.e. Covid):

Interestingly, most of the risk groups described for COVID-19 are at the same time groups that were associated with zinc deficiency. As zinc is essential to preserve natural tissue barriers such as the respiratory epithelium, preventing pathogen entry, for a balanced function of the immune system and the redox system, zinc deficiency can probably be added to the factors predisposing individuals to infection and detrimental progression of COVID-19. Finally, due to its direct antiviral properties, it can be assumed that zinc administration is beneficial for most of the population, especially those with suboptimal zinc status.

The fact that zinc deficiency is responsible for 16% of all deep respiratory infections world-wide provides a first strong hint on a link of zinc deficiency with the risk of infection and severe progression of COVID-19 and suggests potential benefits of zinc supplementation.

Infections with coronaviruses go along with damage of the ciliated epithelium and ciliary dyskinesia consecutively impairing the mucociliar clearance. It was shown that physiological concentrations of zinc increase ciliary beat frequency. Moreover, zinc supplementation in zinc deficient rats had a positive effect on the number and the length of bronchial cilia …. Improved ciliary clearance does not only improve the removal of virus particle, it also reduces the risk of secondary bacterial infections ….

Zinc … might decrease ACE-2 expression and thus viral entry into the cell.

As a virus, SARS-CoV2 is highly dependent on the metabolism of the host cell. Direct antiviral effects of zinc have been demonstrated in various cases …. Examples include coronaviridae [i.e. coronaviruses].

Need to Catch a Ride

However, it is difficult for zinc to get into your cells unless it catches a ride from a “zinc ionophore”.  An ionophore is just a substance which transports things across the lipid boundary  of your cells.

Hydroxychloroquine is a zinc ionophore.

Another drug, clioquinol, is even more potent. One of the scientists who discovered that chloroquine is a zinc ionophore (Dr. Wei-Qun Ding from the University of Oklahoma) told me that he estimates that clioquinol is 10 times more powerful as a zinc ionophore compared to hydroxychloroquine.

Leslie Costello – an oncology professor at the University of Maryland – agrees that clioquinol is a more powerful zinc ionophore than hydroxychloroquine:

ZnClioquinol [i.e. clioquinol zinc ionophore] has a zinc-binding affinity of logKf=7-8; which is ideal for the competitive binding of most of the plasma zinc that exists in the exchangeable ZnLigands. In contrast, chloroquine zinc ionophore (ZnChloroquine) has a logKf=5-6. Consequently, it competitively binds with much less zinc that is delivered to the … site.

However, most scientists believe that clioquinol is much more dangerous than hydroxychloroquine.

More importantly, even those who believe that hydroxychloroquine is helpful against Covid say that it is only effective if taken very soon after catching the disease.  But many people are asymptomatic (at least at first), and don’t know they have Covid until it’s too late.

So how can you know to take something when you don’t even know you have a bug?

Fortunately, the main active ingredient in green tea, epigallocatechin gallate (“EGCG”) has been shown by a team of Spanish scientists to be 60% as powerful a zinc ionophore as clioquinol, which is the world’s most powerful zinc ionophore.  Dr. Juan Bautista Fernández Larre – a professor in the Department of Biochemistry and Biotechnology at the Universitat Rovira i Virgili – and his team have published several scientific papers on the topic.

Professor Fernández Larre explained to me by email:

Taking Clioquinol (CQ) as the standard, as is its the most potent ionophore we have tested in our liposomal assay, and assigning a 100% value to the clioquinol ionophoric activity , then pyrithione (PYR), which is not a polyphenol, displays also almost a 100% activity relative to clioquinol, whereas epigallocatechin gallate (EGCG) has 60% activity and quercetin (QCT) has only 30% the efficiency of clioquinol, on a equimolar basis.Nonetheless, this is a proof of concept assay, and exact ionophoric capacity of each compound will vary with the absolute and relative concentrations of the ionophore and of zinc; it will also depend on temperature, pH of the solution and lipid composition of the liposome (absolute and relative amounts of lecithin, other phospholipids, cholesterol, etc). It will also vary dependent on the fluorochrome used to detect zinc in the interior of the liposome (FluoZinc, Zinquin, etc) and on the concentration of the fluorochrome within the liposome, since different fluorochromes display different strengths to separate zinc from the polyphenol zinc complex.

In any case, in the exact standardized conditions used in our assay, we can conclude the relative ionophoric effect of the different compounds tested.It is, I think, important to remark that the liposomal assay allows to elaborate a scale or a standard of ionophoric strength or ionophoric capacity or potential; and that, once established through this assay that a compound behaves as an ionophore in a liposome, we can say that it will also be ionophoric in any type of cell, as this effect is independent of content of protein, glycoprotein, glycolipids, of the cell membrane, although of course it will vary according to the fluidity of the cell membrane, that depends on its exact lipid composition.

So what does this mean?

And green tea is super healthy for you anyway.  So drinking it every day preventatively can only help you, and can’t hurt you.  You’ll be maintaining a high baseline of zinc ionophores, and so  bathing your cells with zinc to help ward of viral infections.

How to Take Zinc and EGCG

The Mayo Clinic  notes that zinc should be taken on an empty stomach:

Zinc supplements are most effective if they are taken at least 1 hour before or 2 hours after meals.

When zinc combines with certain foods it may not be absorbed into your body and it will do you no good. If you are taking zinc, the following foods should be avoided or taken 2 hours after you take zinc:

Oysters and oyster extract is the highest food source of zinc, although many meats also contain good doses.  (If you eat a lot of red meat you’re probably getting enough zinc; but you still need a zinc ionophore to get it into your cells). If you take zinc supplements, don’t take more than the recommended daily amount (40 mg a day is the upper limit for long term supplement use; indeed, too much zinc can actually suppress immunity), and studies imply that it is best to dissolve the zinc in your mouth (i.e. zinc lozenges).

The same is true for EGCG … proteins bind with EGCG, so it can’t be absorbed very well by your body.  (And some green teas are higher in EGCG than others.) If you take EGCG supplements, never take high doses. For example, studies show that 800 mg/day can cause liver damage.

I’m not talking about taking away anything from your diet. For example, I’m not saying quit drinking coffee and instead drink tea.  I still drink plenty of coffee … but I just add green tea to my daily intake.

Note: I am not a health professional and this article is solely general information, and not intended to diagnose or treat. Please see your doctor before deciding to change anything you’re doing.