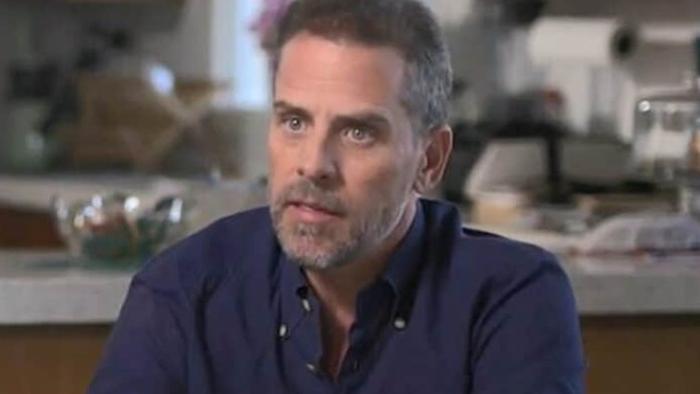 We’d love to be a fly on the wall in that lecture hall.

A few lucky students at Tulane University are in for a world-class lesson on elite hypocrisy.

As Hunter Biden trudges ahead in his father-directed campaign to rehabilitate his image – a campaign that began with marriage and a baby, and continued with a new book and now a sudden career 180 – the political scion and notorious trans-national influence peddler has signed on as a guest speaker for a course on media relations – specifically, the course is called “Media Polarization and Public Policy Impacts”.

The course, which will be offered in the upcoming fall semester, promises to “explore the current state of the media landscape in the United States and how media polarization, fake news and the economics of the news business impact public policy-making in Washington DC,” according to a course summary obtained by the Daily Mail.

To our knowledge, the younger Biden has no experience running a media business, and his experience in strategic press relations extends to being a tabloid punching bag. But that hasn’t stopped the young Biden in the past. Outside of his business career, Biden signed a deal for a solo art exhibit at Manhattan’s upscale Georges Berges Gallery in SoHo for sometime later this year despite having no background as an artist (unless you classify some of those drug-fueled nudes “art”).

“Hunter Biden has no background in media,” conservative filmmaker Phelim McAleer said. “He has never worked for a newspaper or a media outlet. Hunter Biden lecturing a class on fake news is like Harvey Weinstein teaching a course to prevent sexual harassment. It shouldn’t be happening. Period.”

But Biden won’t be the only high-profile speaker to appear before what we imagine will be a highly in-demand course. Here’s a list of other guests.

Tulane is really justifying its $70K-a-year tuition-and-board with that list of A-list names.

Interestingly enough, the university declined to say whether Biden would be paid, but we imagine – considering that he has a lifestyle to maintain and child support payments to make – he will be receiving some form of compensation.

Of course, it’s understandable why the university is keeping quiet about the money angle – President Biden has promised that none of his family members would profit off the name during his time as president. It’s worth noting that Tulane receives millions and millions of dollars a year in funding for its research.

The course is being led by visiting professor Dr. Mitchel Sellers and Andrew Schwartz, a comms guy from the Center for Strategic and International Studies.

Most on the list are journalists, but there is also a former White House COVID coordinator, a political science professor, and Hunter Biden, the President’s son who has not been a stranger to controversy. Biden tops the list of guest speakers but has no job title listed, unlike the others on the list.

This isn’t the first time Biden will appear in front of a classroom: He previously taught a course at Georgetown, where he received his undergraduate degree in History and attended his first year of law school before transferring to Yale where he obtained his JD.