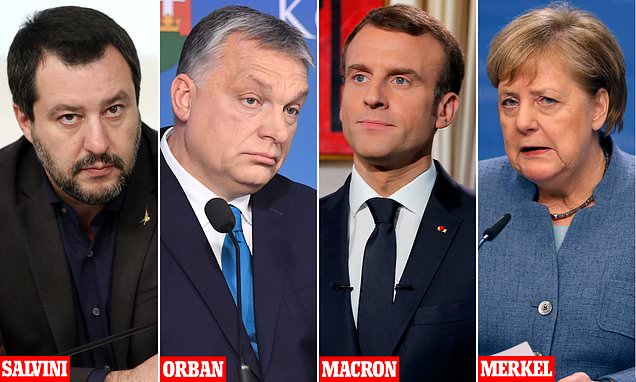 Hungarian PM Viktor Orban urged ‘anti-immigration’ forces to seize control of the EU at elections in May, and threatened to ‘fight’ French President Emmanuel Macron over migrants.

‘There will be two civilisations in Europe – one Christian, one mixed Islamic’: Hungary’s PM calls for ‘anti-immigrant forces’ to take over EU and says he’ll ‘fight’ Macron to save his country