ATTENTION VISITORS – WE DO NOT ENDORSE THE FOLLOWING OPINIONS THEY ARE PROVIDED FOR ENTERTAINMENT AND OR EDUCATIONAL PURPOSES ONLY.
By Ronald L. Ray
Hungary is making history of the first order.
Not since the 1930s in Germany has a major European country dared to escape from the clutches of the Rothschild-controlled international banking cartels. This is stupendous news that should encourage nationalist patriots worldwide to increase the fight for freedom from financial tyranny. 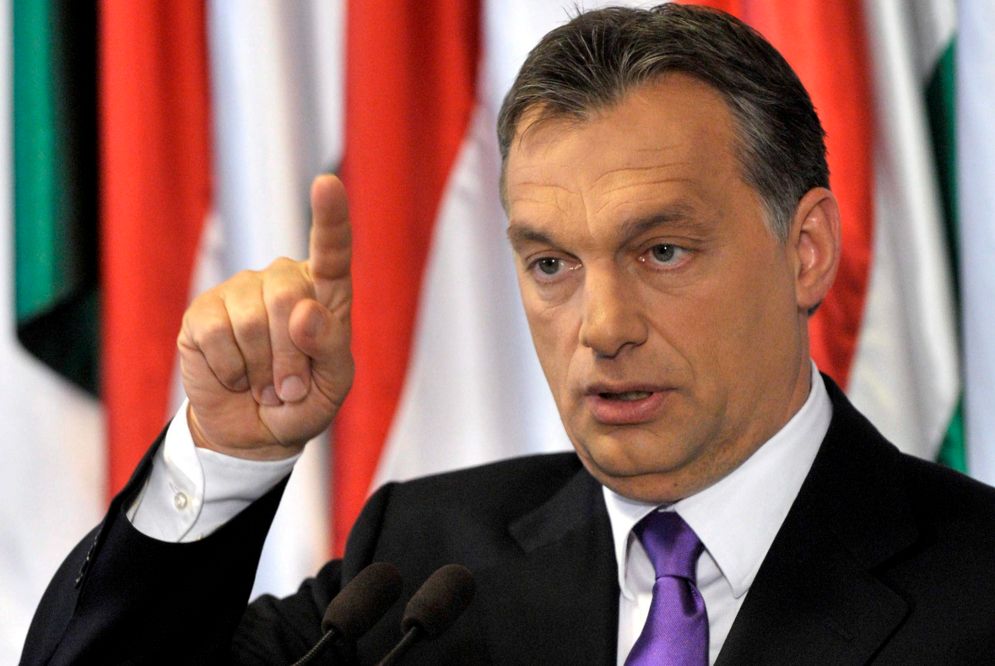 Viktor Orban.  Should he join forces with Iceland?

‘We bailed out the people and jailed the bankers!’

POST –
Already in 2011, Hungarian Prime Minister Viktor Orbán promised to serve justice on his socialist predecessors, who sold the nation’s people into unending debt slavery under the lash of the International Monetary Fund (IMF) and the terrorist state of Israel. Those earlier administrations were riddled with Israelis in high places, to the fury of the masses, who finally elected Orbán’s Fidesz party in response.
According to a report on the German-language website “National Journal,” Orbán has now moved to unseat the usurers from their throne. The popular, nationalistic prime minister told the IMF that Hungary neither wants nor needs further “assistance” from that proxy of the Rothschild-owned Federal Reserve Bank. No longer will Hungarians be forced to pay usurious interest to private, unaccountable central bankers.