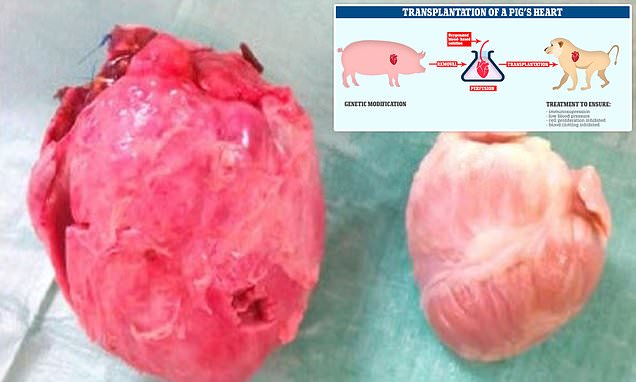 German researchers stunned the medical and scientific world by replacing a baboon’s heart (right) with a pig’s heart (left). The operation kept the animal alive for 195 days.