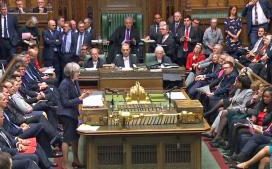 A 50-year-old woman refused a bottle of wine on board a plane launched into a racist tirade against staff and claimed she was an “international criminal lawyer” who would take them to court.

Source: ‘Human rights lawyer’ arrested after racist tirade on aeroplane because she was denied wine

In the video, uploaded to Twitter by a fellow passenger, the woman, who appears to be from either Britain or Ireland, is seen shouting expletive-laden threats at Air India staff.

The blonde, bare-footed woman yelled that she would “p— all over” the flight attendants in court, and called a female staff member a “Indian f—ing money-grabbing b——“, who she threatened to “turn inside out”.

The passenger, who appeared to be flying in business class, also claimed to be a “leader of the f—ing boycott movement” and said she would arrange a boycott of Air India because they refused her a “wee bottle of wine”.

The incident took place on an Air India flight from Mumbai to London Heathrow last Saturday.