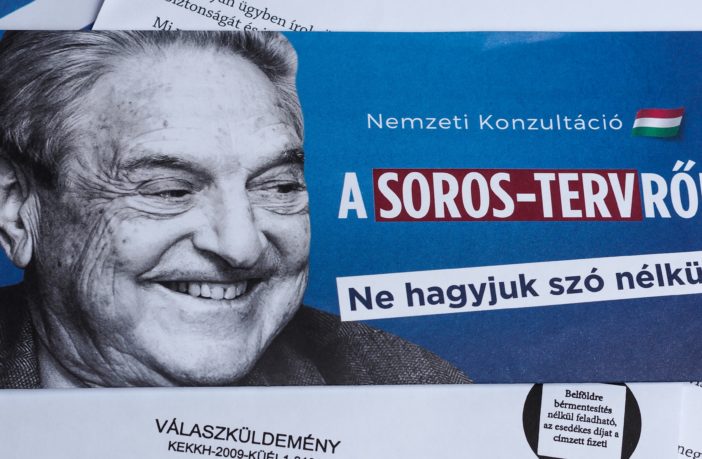 The Council of Europe’s (CoE) commissioner for human rights urged Hungary’s president to return the law about administrative courts, while the Venice Commission wants the “Stop Soros” package to be repealed.

The Council of Europe’s (CoE) commissioner for human rights urged Hungary’s president to return the law about administrative courts, while the Venice Commission wants the “Stop Soros” package to be repealed.

Dunja Mijatovic, the CoE’s commissioner for human rights, on Friday called on Hungarian President Janos Ader to return the law setting up administrative courts in Hungary to parliament for review.

Under that law, the justice minister would have a strong influence over the courts, which raises questions regarding the independence of the Hungarian judiciary, Mijatovic said in a press release.

It is “regrettable” that parliament did not wait for the opinion of CoE’s Venice Commission with accepting the bill, Mijatovic said, noting that the commission’s review was initiated by the Hungarian justice minister.

“Public consultation on the initiative in the country was very limited,” she said. “I intend to raise this issue in my forthcoming dialogue with the Hungarian authorities,” Mijatovic said.

Parliament on Wednesday approved legislation establishing a system of independent administrative courts that have the authority to make rulings in matters of public administration.

The courts are scheduled to start operations on January 1, 2020. The president’s office said in a statement later on Friday that it will conduct a review of the law next week. Ader will, “as in every instance in the past six years”, consider the law with due care, the statement said.

The justice ministry rejected Mijatovic’s “unfounded” remarks in a statement, and said that they “reflect unfamiliarity with the legislation’s background, concept, and the actual text of the law”. In its statement, the ministry insisted that the law guarantees the independence of judges, and added that judicial bodies are granted the right of veto concerning the finances of the new public administration courts.

Transparency of the selection of judges is ensured through “publicity, options for legal remedy and an obligation for providing justification”, the document said. The justice minister has “extremely restricted” powers regarding the appointment of judges, it said, and added that the new law has created a “transparent and balanced system based on cooperation and ensuring the independence of judges through broad guarantees”. The ministry also said that the new law is in line with the constitution and international standards, adding that the Venice Commission had been consulted before its passage.

Hungary’s immigration tax affecting NGOs violates the rights to free expression and association therefore the law package dubbed “Stop Soros” should be repealed, the Council of Europe Venice Commission and the Organization for Security and Co-operation in Europe (OSCE) said in a joint opinion on Friday. In the document, the OSCE Office for Democratic Institutions and Human Rights (ODIHR) and legal experts of the Council of Europe’s Venice Commission said they recognise that states can raise revenue through taxation, and that taxation can be used to dissuade and penalise activities that, while lawful, are not considered in the public interest.

At the same time, they said taxation is neither designed nor should be used to discourage the exercise of the freedoms of expression and association, as guaranteed by the European Convention of Human Rights, the International Covenant on Civil and Political Rights and other norms in international law.

The experts said they hold “serious doubts” about the legitimacy of the aim of the Hungarian immigration tax which entered into force in August. They added that “the tax does not just finance a government activity, but also discourages legitimate associative activities supporting migration. The use of an apparently neutral measure, such as a new tax, to penalise individuals/entities on account of the views that they promote, interferes with the freedom of expression and association of groups disliked by the authorities,” they said.

The experts said “the special tax limits the NGOs’ freedom to determine their objectives and activities and their ability to undertake advocacy on issues of public debate.” Furthermore, new reporting obligations – including the disclosure of the identity of sponsors – could create an environment of “excessive state monitoring” that is not conducive to freedom of association, the experts added. The full text of the opinion will be made available on Monday 17 December on the Venice Commission website.

Balazs Orban, state secretary at the Prime Minister’s Office, said in response that the Venice Commission has changed its legal advisor profile to “political pressurising” and “clearly sided with those that support migration”. The Venice Commission’s opinion does not include legal assessment or analysis but makes political statements, the official said in a statement.

The Hungarian government believes that the activities of “organisations that support migration” have a considerable effect on the central budget because “Hungary protects its borders from taxpayers’ money and these organisations’ activites undermine border protection efforts”, he argued.