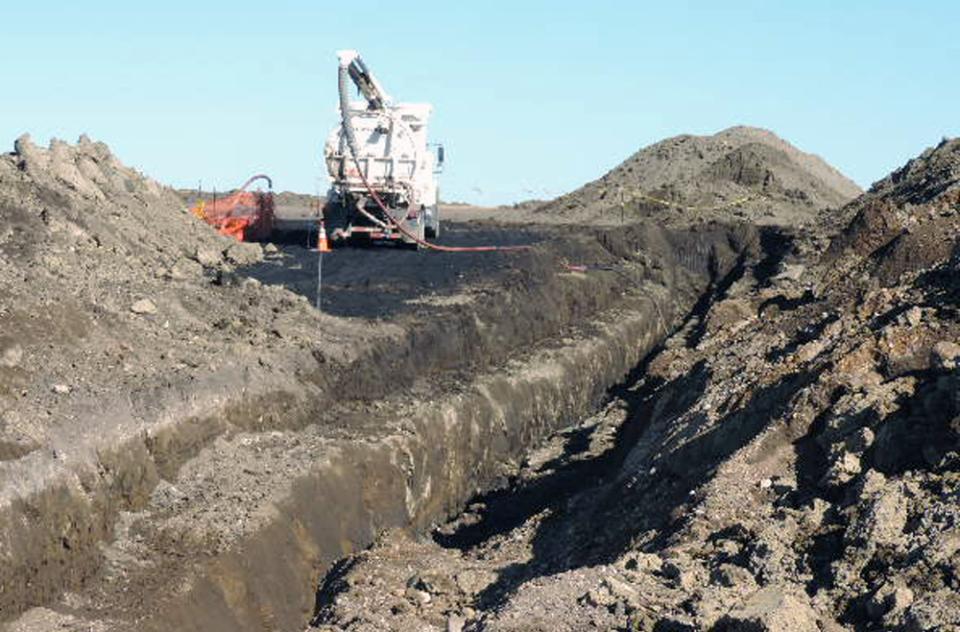 BISMARCK, N.D. (AP) — More than 20,000 barrels of crude oil have spewed out of a Tesoro Corp. oil pipeline in a wheat field in northwestern North Dakota, the state Health Department said Thursday.

State environmental geologist Kris Roberts said the 20,600-barrel spill, among the largest recorded in the state, was discovered on Sept. 29 by a farmer harvesting wheat about nine miles north of Tioga.

Steve Jensen, the farmer, said he’d smelled crude several days before the tires on his combines were coated with it. At the apparent break in the underground pipeline, the oil was “spewing and bubbling six inches high,” Jensen said.

The release of oil has been stopped, Roberts said. Spread out over 7.3 acres, or about the size of seven football fields, the spill has been contained. Tesoro said no water sources were contaminated, no wildlife was hurt and there weren’t any injuries.

Jacob Wiedmer, who was helping Jensen, likened the discovery to the theme song from “The Beverly Hillbillies” television show.

“It was just like Jed Clampett shooting at some food …” he said of the oil coming from the ground. “Except we weren’t hunting, we were harvesting.”

Gov. Jack Dalrymple said he wasn’t told of the spill until Wednesday night.

“Initially, it was felt that the spill was not overly large,” Dalrymple said, when questioned at a news conference on a separate topic. “When they realized it was a fairly sizable spill, they began to contact more people about it.”

The governor said North Dakota is investigating its procedures for reporting spills, saying, “There are many questions to be answered on how it occurred and how it was detected and if there was anything that could have been done that could have made a difference.”