By Paul Mylchreest of Monument Securities 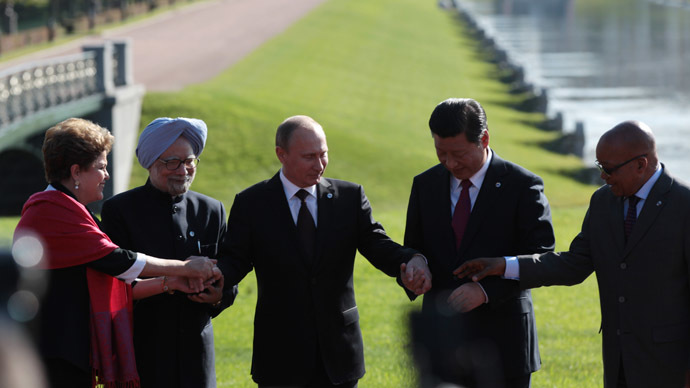 Over the course of the last century, the US Congress has been blamed for much that has gone wrong in international relations. The unwillingness of Congressional leaders in 1919 to support US participation in the League of Nations doomed from the outset that quixotic attempt to put global relations on a rational basis. Renewed world war was the eventual outcome. Then in 1930, Congressional passage of the Tariff Act, widely known as Smoot-Hawley, marked the break-out of beggar-thy-neighbour trade practices that no less an authority on that period than Mr Bernanke has maintained contributed to the length and depth of the global depression. It is no matter that some historians argue that Smoot-Hawley merely built on the Fordney-McCumber Tariff Act of 1922; that had been Congress’s doing as well. More recently, the US Congress has resisted presidential demands for ‘fast-track’ authority to tie up international trade deals. The lack of faith of the USA’s counterparties in Washington’s ability to ratify trade agreements was an important factor in the collapse of the Doha Round, which has put a brake on the development of the World Trade Organisation. Now, the US Congress is acting in a way which could have consequences at least as serious as those that followed these past examples of obduracy.

This week the US Congress is considering a bill to provide financial aid to Ukraine. President Obama had appended clauses to this bill to ratify the IMF’s 2010 decision to increase the quotas, and hence voting power, of emerging countries, chiefly at the expense of European members, and to boost the IMF’s capacity to lend. The USA enjoys a blocking minority in IMF decision-making under current quotas, and would continue to do so after the changes; it is essential, therefore, that US ratification be secured if the reform is to go ahead. However, many members of the US Congress, especially on the Republican side, are suspicious of the IMF and its activities. Specifically, that element of the reform package which would convert countries’ temporary lending to the IMF during the global financial crisis into a permanent increase in IMF resources has roused fierce opposition. For more than three years, congressional leaders have thought better of exacerbating party tensions by bringing forward proposals to approve the IMF changes. However, the G20 meeting in February ‘deeply regretted’ that the reform was still held up and urged the USA to ratify ‘before our next meeting in April’. Mr Siluanov, Russia’s finance minister, then suggested that the IMF should move ahead with the reforms without US approval, a suggestion sympathetically received by other BRICS leaders but which would threaten to split the IMF. Mr Obama’s concern to avoid this outcome is understandable and he has argued that, since the IMF will play the lead role in supporting Ukraine’s economy, approval of the new quotas is relevant to the Ukraine legislation. All the same, Mr Reid, the Democrat Majority Leader in the Senate, yesterday stripped the IMF provisions from the text, taking the view that the bill would be given a rough ride through the Senate and no chance of passage through the House of Representatives if it retained them. It now seems unlikely that the USA will complete (or, indeed, begin) legislative action on the IMF reform by the 10 April deadline the BRICS have set. The odds are moving in favour of a showdown at the G20 finance ministers’ and central bank governors’ meeting due in Washington on that date.

International discord over Ukraine does not bode well for the settlement of differences over the IMF’s future. Though the G7 is excluding Russia from its number, in retaliation for its action in Crimea, this does not amount to isolating Russia. There has been no suggestion that Russia be excluded from the G20. The USA and its allies have suspected that several other G20 members would not stand for it. This suspicion was confirmed yesterday when the BRICS foreign ministers, assembled at the international conference in The Hague, issued a statement condemning ‘the escalation of hostile language, sanctions and counter-sanctions’. They affirmed that the custodianship of the G20 belongs to all member-states equally and no one member-state can unilaterally determine its nature and character. In short, their statement read like a manifesto for a pluralist world in which no one nation, bloc or set of values would predominate.

Meanwhile, Mr Obama has also been active at The Hague fostering warmer relations between South Korea and Japan. His aim seems to be to contain China’s expansionism in the Asian region. But US worries in this regard may be exaggerated to judge by a recent article in the PLA Daily, the official media outlet of China’s military. This urged China’s leaders to study the history of the 1894-95 war with Japan, which China lost decisively despite being at least as well equipped. The concern in Beijing seems to be that problems of corruption and nepotism in the PLA today are no less serious than they were in China’s forces in 1894. That may well deter China from taking military action. However, to the extent that China lacks confidence to use military force, it may be all the more intent on wielding financial weapons in pursuing its geopolitical aims. Beijing  leaders have long dreamt of displacing, or at least dethroning, the US dollar from its reserve currency role. US dominance of the IMF is one of several effective bars to the achievement of such a goal. The kind of action Russia is advocating, the BRICS wresting control of the IMF in despite of US veto power, might have some appeal. That would mark the end of the unified global monetary system that has developed since the IMF was founded in 1945, to be replaced by a bloc of fiat currencies in the developed countries and a system in the emerging sector where currencies were linked to drawing rights in some new international fund, possibly with some material backing. It seems unlikely that convertibility between these monetary systems could be maintained for long. Consequently, the 10 April meeting is shaping up as a potentially critical juncture in world economic history.