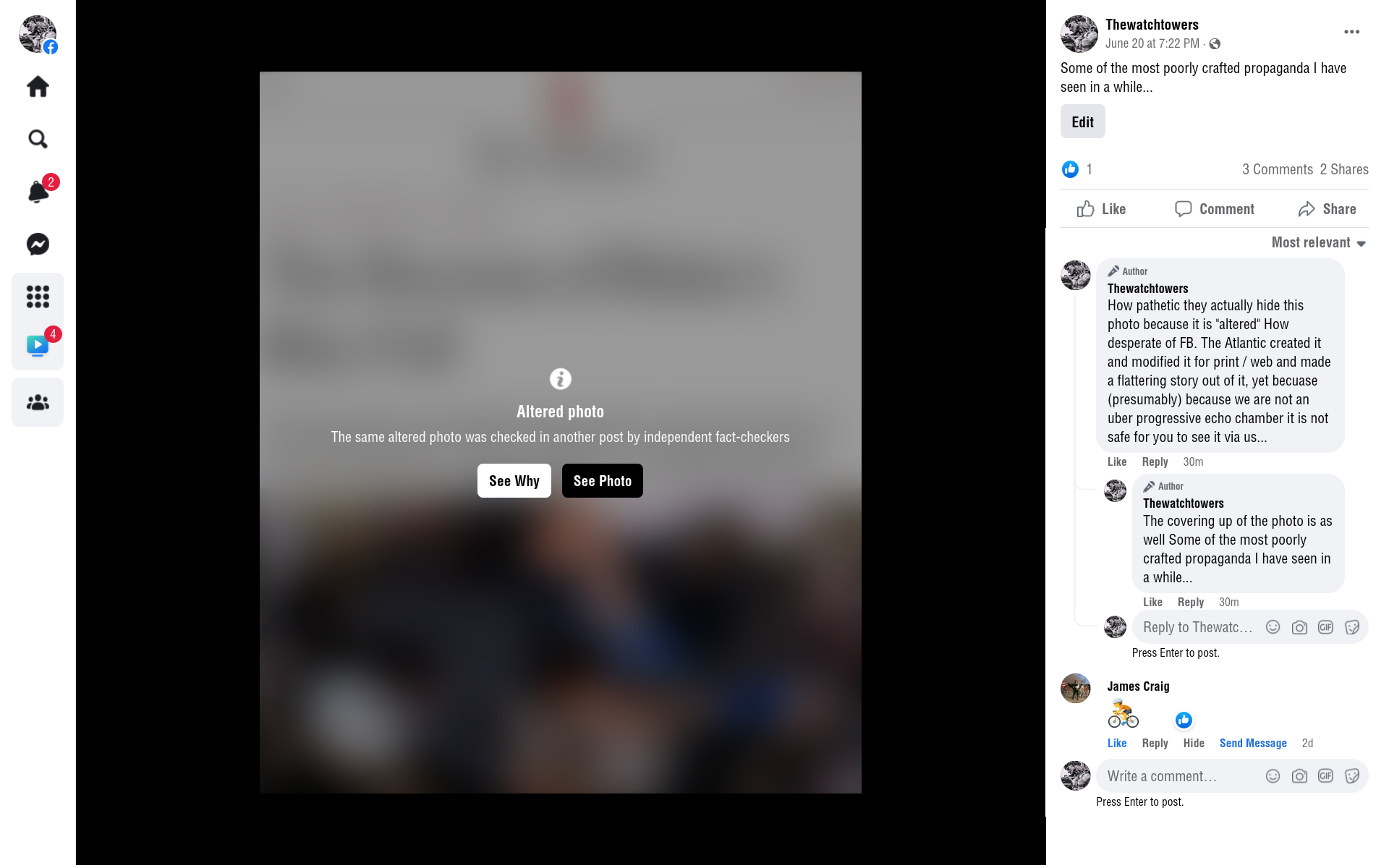 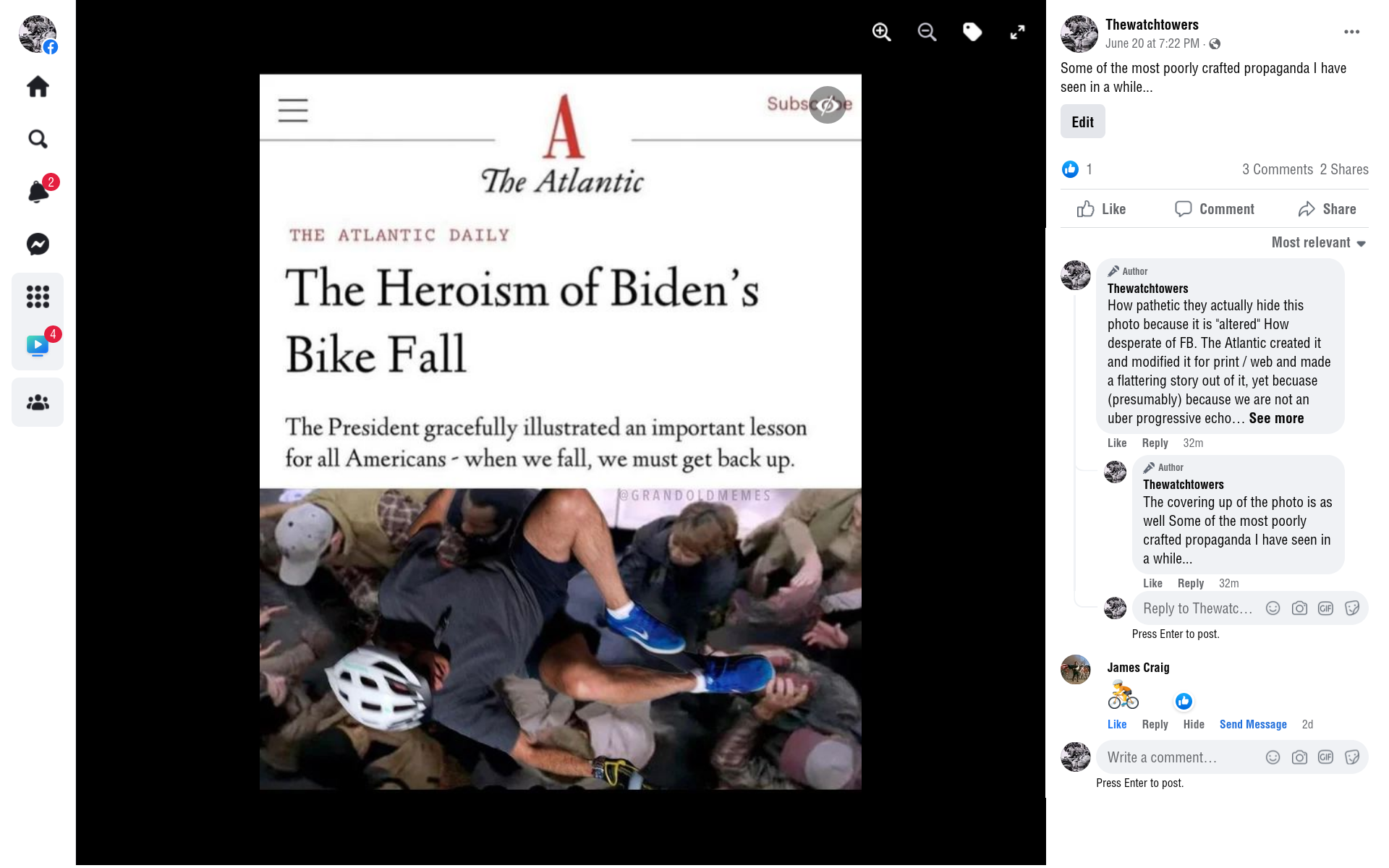 How pathetic they actually hide this photo because it is “altered” How desperate of FB and the factchekers . The Atlantic created it and modified it for print / web and made a flattering story out of it, yet because (presumably) because we are not an uber progressive echo chamber it is not safe for you to see it via us…

Question:
Some people say screw Facebook, it is a den of inequity and conflicts of interest, censorship, a bonafide breach of privacy and freedom of speech / association
and other violations and all manner of unlawful conduct adnauseam , so why get worked up about it?

There are many mature users on Facebook. Yes it is for grandmothers and the like of all ages, and they are important, this includes the youth, and the millions of local and international business that create / manage / advertise pages / groups / charities / events and the people who behind all that networking and all those who are a party to the “conversation” on social media.

Reddit / Twitter, what ever social-media platform you can use you will find screen shots of Facebook everywhere. Some of the largest account follows are screenshots or web rips and uploads of pics / posts and comments

Anna Bross, a spokesperson for The Atlantic, confirmed in an email to the AP that the supposed story is fake.

“I can verify that this is not a real article from The Atlantic, and is indeed fabricated,” Bross wrote.