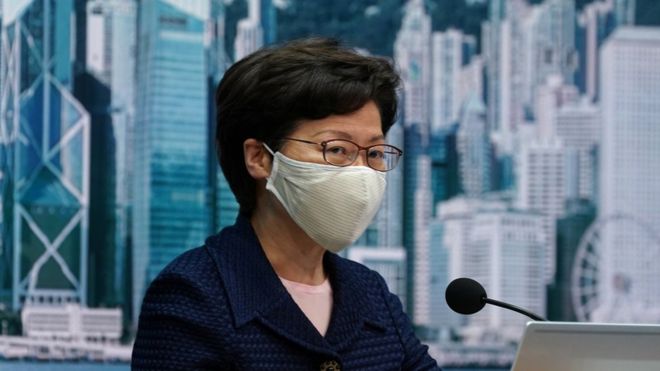 Hong Kong is currently experiencing a spike in Covid-19 infections, and reported 121 new cases on Friday.

However, the opposition has accused the government of using the pandemic as a pretext to stop people from voting.

On Thursday, the government banned 12 pro-democracy candidates from running in the elections.

Opposition activists had hoped to obtain a majority in the Legislative Council (LegCo) in September’s poll, capitalising on anger at Beijing’s imposition of a controversial national security law in Hong Kong, and fears that the territory’s freedoms are being eroded.

Pro-democracy candidates had made unprecedented gains in last year’s district council elections, winning 17 out of 18 councils.

Chief Executive Carrie Lam said she would invoke emergency powers to postpone the elections, calling it the “most difficult decision I’ve made over the past seven months”.

“This postponement is entirely made based on public safety reasons, there were no political considerations,” she said.