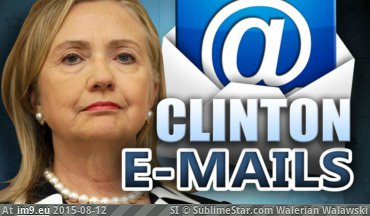 Washington (CNN)Hillary Clinton agreed to turn over her private email server to authorities on Tuesday, the same day an intelligence community inspector general told congressional committees that at least five emails from the server did contain classified information.

The decision to hand over the server, as well as a thumb drive of all her work-related emails to the Justice Department, represents an effort to blunt an expanding probe into the use of a private email account.

Clinton, now the Democratic presidential front-runner, “directed her team to give her email server that was used during her tenure as (Secretary of State) to the Department of Justice, as well as a thumb drive containing copies of her emails already provided to the State Department,” her spokesman, Nick Merrill, told CNN early Tuesday evening. “She pledged to cooperate with the government’s security inquiry, and if there are more questions, we will continue to address them.”