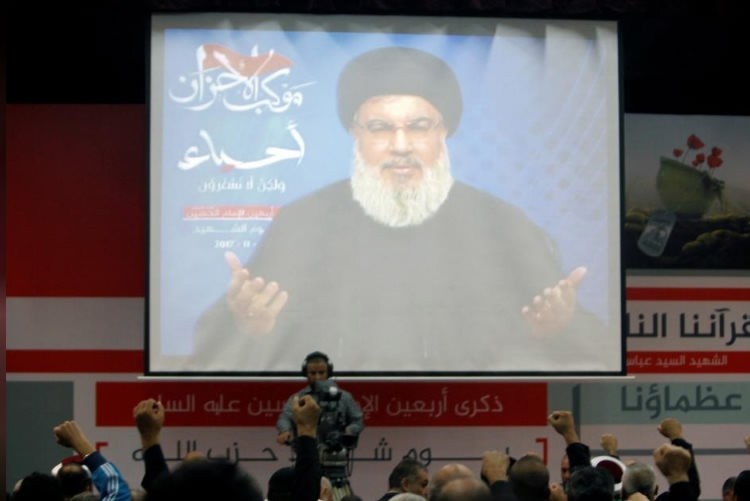 Hezbollah’s leader Sayyed Hassan Nasrallah said on Friday that Saudi Arabia has declared war on Lebanon and his Iran-backed group, accusing Riyadh of detaining Saad al-Hariri and forcing him to resign as Lebanon’s prime minister to destabilize the country.

Hezbollah’s leader Sayyed Hassan Nasrallah said on Friday that Saudi Arabia has declared war on Lebanon and his Iran-backed group, accusing Riyadh of detaining Saad al-Hariri and forcing him to resign as Lebanon’s prime minister to destabilize the country.

The Hezbollah leader’s statement came as France became the first Western country to indicate that Saudi Arabia was holding Hariri against his will, saying it wished for him to have “all his freedom of movement and be fully able to play the essential role that is his in Lebanon.”

Hariri’s resignation has plunged Lebanon into crisis, thrusting the small Arab country back to the forefront of regional rivalry between the Sunni Muslim monarchy Saudi Arabia and its Shia rival Iran.

Nasrallah said Saudi Arabia’s detention of Hariri, a long-time Saudi ally who declared his resignation while in Riyadh last Saturday, was an insult to all Lebanese and he must return to Lebanon.

“Let us say things as they are: The man is detained in Saudi Arabia and forbidden until this moment from returning to Lebanon,” Nasrallah said in a televised speech.

“It is clear that Saudi Arabia and Saudi officials have declared war on Lebanon and on Hezbollah in Lebanon,” he said.

His comments mirror an accusation by Riyadh on Monday that Lebanon and Hezbollah had declared war on the Gulf kingdom.

Riyadh says Hariri is a free man and he decided to resign because Hezbollah was calling the shots in his government. Saudi Arabia considers Hezbollah to be its enemy in conflicts across the Middle East, including Syria and Yemen.