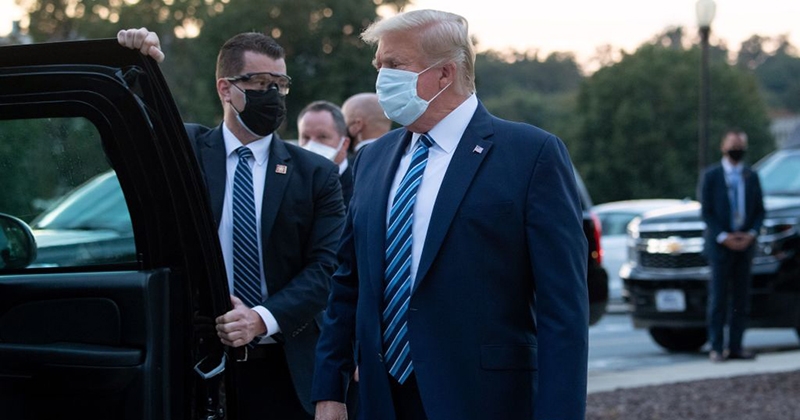 A Harvard professor has claimed, without providing a single shred of evidence, that Russian intelligence agents were able to gain access to Walter Reed hospital where President Trump recovered from coronavirus over the weekend.

Juliette Kayyem, who is also a regular CNN analyst, declared that it is “very likely” that Russian spies were there to gather information about Trump’s condition.

Kayyem, a senior lecturer in international security at Harvard’s Kennedy School of Government, tweeted out the bizarre proclamation along with “#doctorslietoo”.

It is very likely that Russian intelligence agencies — through signal and human intel sources at Walter Reed, etc — have more information about the President's condition than we do (though I think we all know how the president is doing.) #doctorslietoo

Kayyem followed up with a double down tweet, asking “What part of this don’t you believe?” as if it was a perfectly rational claim to make.

Yep.
What part of this don’t you believe: that Trump team is lax on security and vulnerable or that Russia isn’t interested in Trumps health leading to election they are interfering in.
Keep doing what you are doing. It’s working so well for America and the hospitalized Trump. https://t.co/MFaG9tVyr1

I find calling the doctors at Walter Reed Russian intelligence assets pretty freaking insane, but that's just me I guess.

Hi, since questioning science is ok again, do doctors lie about the virus and its dangers, or only info that benefits Republicans? Oh and #FactsFirst lol

Imagine how shocked I was when I saw "CNN" in your profile. I would never in a million years have imagined it.

???Juliette you should be writing for comedy.

Kayyem’s assertions on Twitter are one thing, but her sometime employer CNN has been running programming claiming that Trump’s doctors and staff are all lying and “hiding” the severity of his condition:

This despite frequent video updates from Trump, reports about him working as normal from Walter Reed, and his discharge and return to the White House, where he stood and saluted last night before stepping back inside:

Trump urged Americans not to let this situation “dominate” their lives, and proclaimed that as a leader, he had to return quickly: