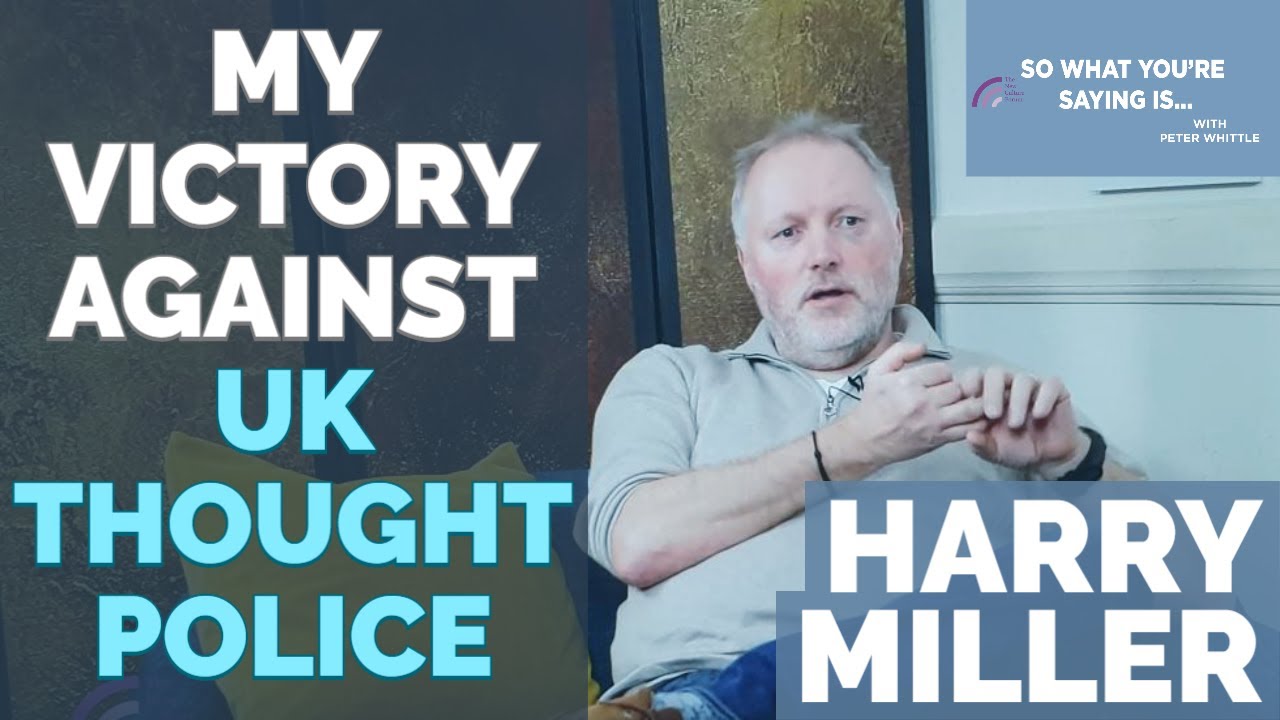 This week on “So What You’re Saying Is…”, Peter Whittle interviews Harry Miller, 1 week after his High Court victory against Humberside Police.

The High Court ruled that the police response to the ex-officer’s allegedly transphobic tweets was unlawful. Harry Miller was visited by Humberside Police at work in January last year after a complaint about his tweets.

He was told he had not committed a crime, but it would be recorded as a non-crime “hate incident”. The court found the force’s actions were a “disproportionate interference” with his right to freedom of expression.

Officers visited Mr Miller’s workplace and then spoke with him on the phone, and he was left with the impression “that he might be prosecuted if he continued to tweet”, according to a judge. Speaking after the ruling, Mr Miller, from Lincolnshire, said: “This is a watershed moment for liberty – the police were wrong to visit my workplace, wrong to ‘check my thinking’.”

His solicitor Paul Conrathe added: “It is a strong warning to local police forces not to interfere with people’s free speech rights on matters of significant controversy.”

Mr Justice Julian Knowles said the effect of police turning up at Mr Miller’s place of work “because of his political opinions must not be underestimated”. He added: “To do so would be to undervalue a cardinal democratic freedom”.