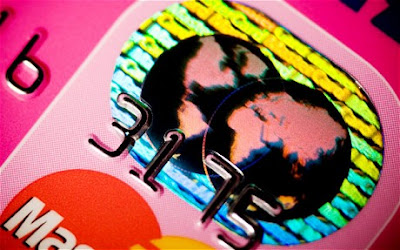 from raw story: The website of credit card provider MasterCard was taken offline Tuesday morning, apparently due to hacker activists trying to make a statement about the financial blockade of anti-secrecy website WikiLeaks.

MasterCard, along with Visa, PayPal, Bank of America and Western Union, have all decided to withhold funds from WikiLeaks, and the site placed their resulting losses at nearly $15 million. They took the drastic action after the site began releasing U.S. diplomatic cables allegedly turned over to them by a lone U.S. Army private.

When MasterCard first announced it was cutting off WikiLeaks back in December, hackers with the protest group Anonymous took their site offline and stopped MasterCard transactions for at least several hours. Visa, PayPal and Bank of America were also targeted by similar attacks and saw their website services interrupted, but did not lose the ability to process transactions.

MasterCard’s site outage Tuesday morning comes just one week after WikiLeaks released a promotional video in the style of MasterCard’s “Priceless” advertising campaign. It urges viewers to learn more about the site’s ongoing battle with the financial world, and to support their work.

Tuesday’s hack was announced from a Twitter account that did not appear to be directly related to Anonymous or the now infamous “LulzSec” group, and almost immediately repeated by the official WikiLeaks account. MasterCard’s site had returned at time of this story’s publication.