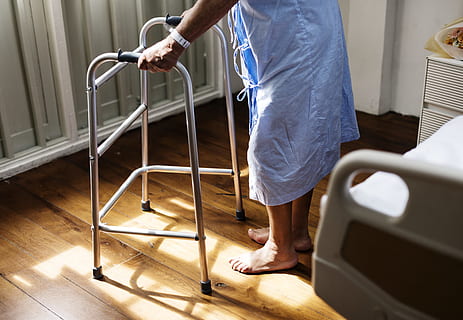 “Both abortion and assisted suicide treat life as something that can and should be cast aside if it appears to have no value. Not coincidentally, they also threaten the most vulnerable of human lives: the unborn and those at the end of life.”

The nation’s most prominent group promoting the acceptance of assisted suicide has slated a woman who serves on the board of Planned Parenthood of Illinois to join its board.

The organization, Compassion & Choices, explains on its website is that its vision is a “society that affirms life and accepts the inevitability of death, embraces expanded options for compassionate dying, and empowers everyone to choose end-of-life care that reflects their values, priorities, and beliefs.”

Their top priority is “the bold intention that by 2028, half the U.S. population will live in a location where medical aid in dying is an open and accessible medical practice.”

Their two key focus areas are ensuring that people of color and dementia patients have equal access to medical aid in dying, it is worthy of note.

Last week, The Washington Free Beacon reported that the organization had named Jill Gordon, the CEO of a chain of children’s hair salons and a generous philanthropist to their organization as well as Planned Parenthood, as a member of its board.

Gordon told the Free Beacon that the issue of assisted suicide is “close to my heart” and that she believes in challenging convention when it comes to end-of-life care.

“Baby boomers like me are leading the end-of-life care movement because we have challenged the status quo our entire lives,” she explained.

Compassion & Choices CEO, Kim Callinan, told the outlet that Gordon has the experience and passion for the issues their organization tackles.

“Compassion & Choices appointed Jill because of her leadership experience as a CEO, an entrepreneur, and nonprofit board member across multiple organizations, not because of her work on a particular issue,” she told the Free Beacon. “Jill’s past experience with governance, stewardship, and fidelity will help ensure that Compassion & Choices continues our commitment to ensuring that patients have access to the full range of end-of-life care options from pain management to hospice care to medical aid in dying.”

Pro-life advocates say that the connection between Planned Parenthood’s main focus — facilitating the destruction of unborn life in the womb — goes hand-in-hand with Compassion & Choice’s goal of seeing assisted suicide, which they dress up as “medical aid in dying,” legalized across the land.

“Both abortion and assisted suicide treat life as something that can and should be cast aside if it appears to have no value. Not coincidentally, they also threaten the most vulnerable of human lives: the unborn and those at the end of life.”