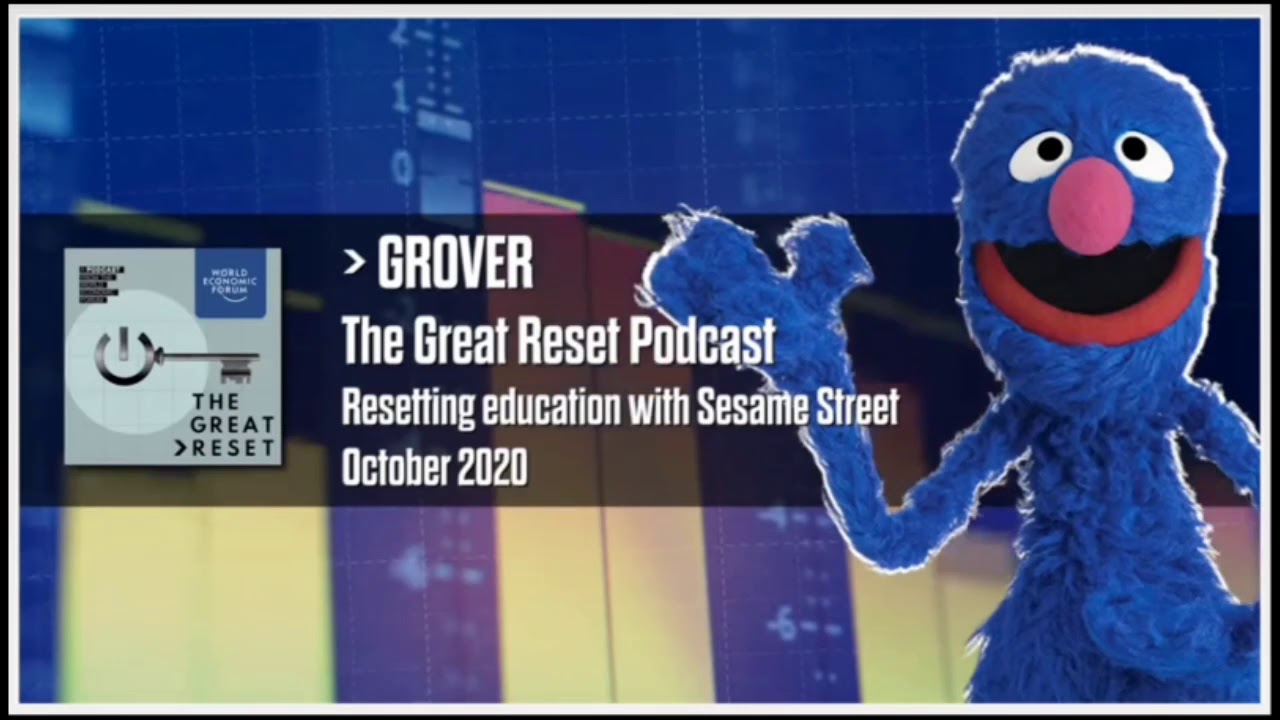 “Give me four years to teach the children and the seed I have sown will never be uprooted.“ Great Reset and the WEF are using Sesame Street to teach about the Great Reset to children, YouTube link and link to WEF article on it with more info to it in S.S.

”This malign plan’s origin dates back to the beginning of our Republic, to 1776, when a college professor conceived it as a device to attain World Dictatorship via a United Nations. Named Adam Weishaupt, he founded the Order of Illuminati which is the forerunner of the Communist Party of today.”

“It suffices to state that since its origin, this conspiracy has been an educational conspiracy. It has completely dominated the development of our educational system and has slowly and cautiously pervaded it, so as not to arouse an alarmed reaction until it had gained absolute control. It is open to question whether the introduction and development of compulsory, prolonged school attendance by all children was not conceived for the primary purpose of furthering the conspiracy.

The progress of this conspiracy was very slow during the first century and a quarter of our national existence. For our virile progenitors were very mindful of the hardships and vicissitudes of their struggle for a measure of liberty and for survival, and of the discipline that it exacted of them and of their offspring. They permitted no tampering with the age-old, tried methods of child discipline and education. They required of the “little red schoolhouse”, that did not dare go Red, that it teach the three R’s and that it support and sustain parental discipline. Patriotism, ethics, morality and decency were painstakingly inculcated. These matters were the educational tradition from which the conspirators did not dare to deviate initially in the training of children. Only in the institutions of higher learning, in the colleges and universities, in the teachers’ training schools, did the conspirators venture to spread their poison of subversion.

In the early part of this century, about 1904, a ruthless but sneaky and cowardly group of brigands determined to reach out for the control of the wealth of the world. They discerned in the Illuminist tradition of conspiracy a weapon to serve their cause; and in the ruthless cunning of Adam Weishaupt’s precepts and plans, they discerned an “inspired” pattern that they could follow. Basic were his teachings of cloaking the conspiracy in the guise of “philanthropy”; the conversion of education to brainwashing and propaganda; the substitution for patriotism, ethics and morality, of “internationalist” treason, ruthlessness, immorality, crime, violence, and contempt for law and order. The product of their plot was an “educational philanthropy”, the purposes of which was stated in a paraphrasing of Adam Weishaupt’s precepts that reads as follows:

“In our dreams, we have limitless resources and the people yield themselves with perfect docility to our moulding hands. THE PRESENT EDUCATIONAL CONVENTIONS FADE FROM OUR MINDS, and we work our own good will upon a grateful and responsive rural folk . . . The task we set before ourselves is a very simple one as well as a very beautiful one, to train these people as we find them to a perfectly ideal life just where they are. So we will organize our children and teach them to do in a perfect way the things their fathers and mothers are doing in an imperfect way. . . .”

This is not a quotation from the orders of Stalin, Hitler or Mussolini. It is, however, a straightforward statement of intent to break the influence of parents over their children, to cast aside educational traditions of the 3 R’s and learning, ethics, morality, discipline, patriotism and others; and a declaration of intent to brainwash the children to serve the purposes of the malign “planners”. This is the pattern of so-called “education” that was advocated by the Illuminist, Professor Adam Weishaupt, and has become the practise of dictatorships, both Communist and Fascist, as well as New Deal.”