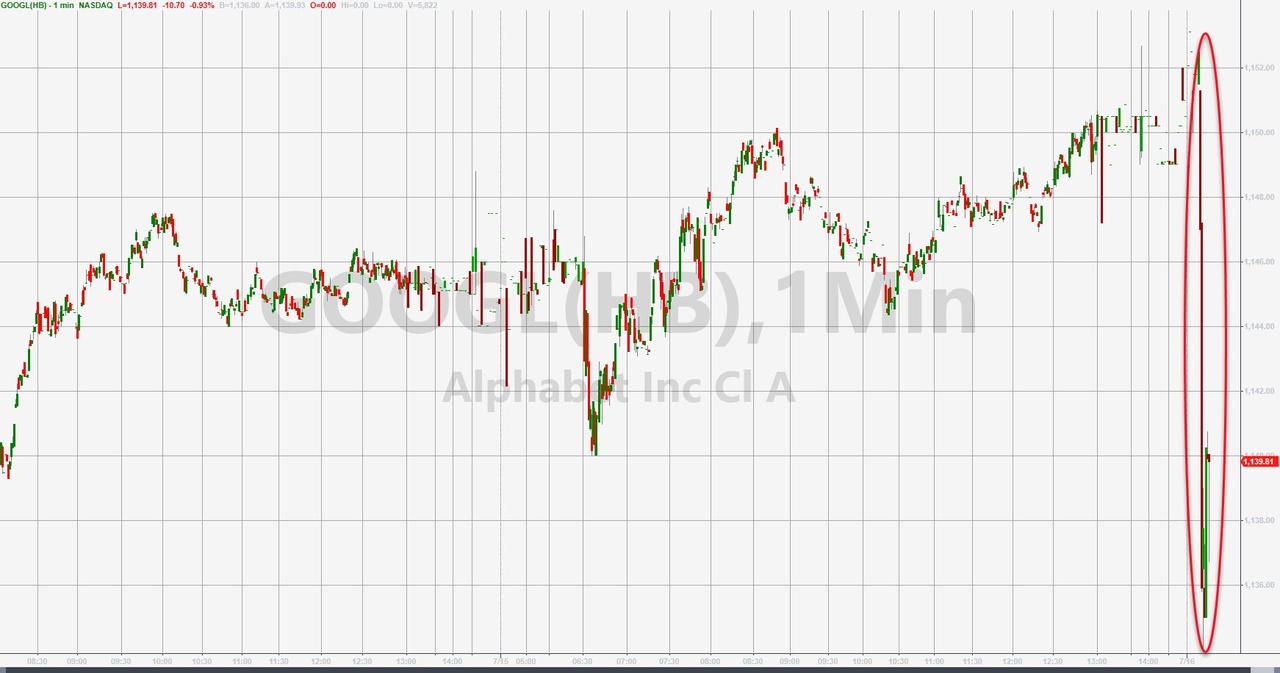 “The Trump Administration will take a look!”

President Trump has apparently taken Peter Thiel’s supposition that Google could be in cahoots with the Chinese military to heart. In a tweet Tuesday morning, Trump reiterated Thiel’s claim that the “seemingly treasonous” company might be working with the Chinese government and that the Trump Administration would “take a look.”

“Billionaire Tech Investor Peter Thiel believes Google should be investigated for treason. He accuses Google of working with the Chinese Government.” @foxandfriends A great and brilliant guy who knows this subject better than anyone! The Trump Administration will take a look!

Shares of Google parent Alphabet were off more than 1% on the Trump tweet.

BREAKING: Google is under the spotlight now! –  Trump to investigate them for Treason!