Google Adds to Its Menagerie of Robots 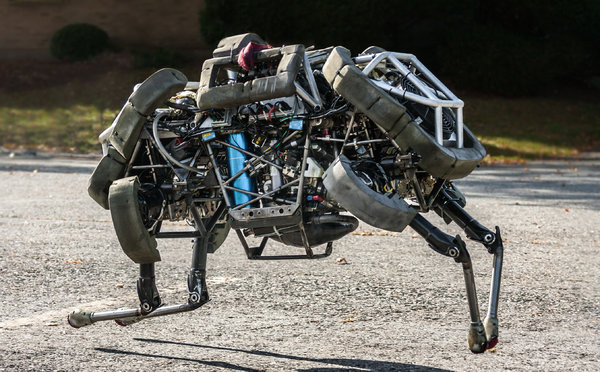 Google confirmed on Friday that it had completed the acquisition of Boston Dynamics, an engineering company that has designed mobile research robots for the Pentagon. The company, based in Waltham, Mass., has gained an international reputation for machines that walk with an uncanny sense of balance and even — cheetahlike — run faster than the fastest humans.

It is the eighth robotics company that Google has acquired in the last half-year. Executives at the Internet giant are circumspect about what exactly they plan to do with their robot collection. But Boston Dynamics and its animal kingdom-themed machines bring significant cachet to Google’s robotic efforts, which are being led by Andy Rubin, the Google executive who spearheaded the development of Android, the world’s most widely used smartphone software.

The deal is also the clearest indication yet that Google is intent on building a new class of autonomous systems that might do anything from warehouse work to package delivery and even elder care.