What new secrets have neutrinos revealed? What are the latest discoveries on dark matter and the Higgs boson? After more than a year operation, it is time for the first review of the LHC. In the 3-month period up to mid-June of this year, the number of LHC experimental collisions exceeded 70 million million, in other words the objective set for the whole of 2011. 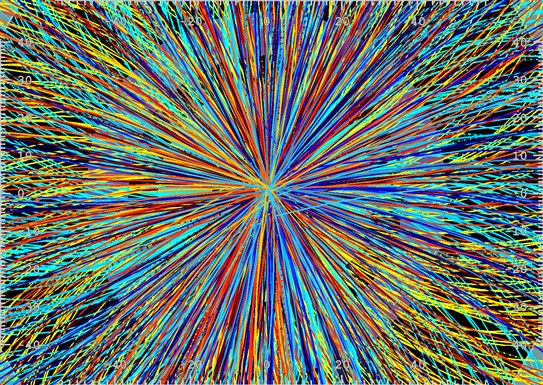 This performance bodes well for further advances over the coming months, while the future of the LHC and the initiation of new projects are being discussed: what strategy should be adopted in Europe today for the particle physics of tomorrow?

The first of the major summer conferences for particle physics opens today in Grenoble. All of the LHC experiments will be presenting results, and a press conference is scheduled for Monday 25 July. The conference follows an extremely successful start to LHC running in 2011, and results are eagerly awaited. 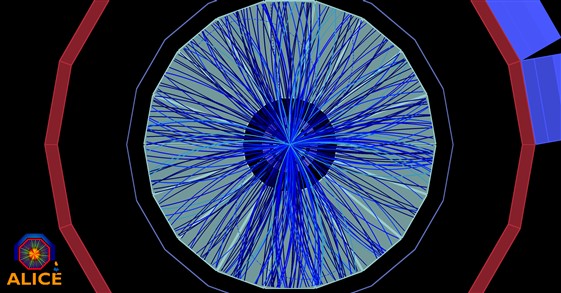 “So far we’ve collected as much data as was planned for the whole of 2011 and that’s already a great achievement for the LHC,” said CERN Director General Rolf Heuer. “While it’s still too early for the biggest discoveries, the experiments are already accumulating interesting results.”

The LHC experiments will present measurements with increased precision on known processes of the current model of particle physics, the Standard Model. They will also provide new measurements and limits on sought-after phenomena and particles, such as the Higgs boson.

“Discovery or exclusion of the Higgs particle, as predicted by the Standard Model, is getting ever closer,” said CERN’s Director for Research and Scientific Computing, Sergio Bertolucci. “Both occurrences will be great news for physics, the former allowing us to start the detailed study of the Higgs particle, the latter being the first proof of the incompleteness of the Standard Model, requiring new phenomena to be happening within the reach of the LHC.”

The speed with which the experiments have been able to analyse the data is unprecedented. The Worldwide LHC Computing Grid, which links up computer centres around the world, has proved itself well up to the task, routinely processing up to 200,000 physics analysis jobs concurrently.

“With the data we have analysed already, and building on our extensive measurements of Standard Model processes, we are beginning to explore much of the available mass range for the Higgs and many scenarios of new physics”, said ATLAS spokesperson Fabiola Gianotti.

“We’re taking our first steps in this new physics landscape,” underlined Guido Tonelli, spokesperson of the CMS experiment, “and it is great to see how fast we are producing new results. I am confident that soon there will be only a few regions left where the Higgs boson, as postulated by the Standard Model, might still be hiding.”

Among the announcements to be expected at the conference are reports from the LHC collaborations on intriguing observations by the CDF and D0 experiments at Fermilab in the US. For instance, in the realm of b-quark decays, the D0 experiment has observed a difference in the behaviour of matter and antimatter, while CDF very recently announced measurements of a rare process that appear to disagree with the Standard Model and could indicate new physics.

“The LHC experiments are getting closer and closer to pinning down whether these are real signals or not,” said LHCb spokesperson Pierluigi Campana. “In particular, LHCb is now surpassing the sensitivity of previous experiments on some key measurements in b-quark physics and is rapidly closing in on others.”

These first results are just the beginning, with much more to come. Discovery in particle physics is often a long and painstaking process, requiring large quantities of data to be carefully sifted for rare processes. The LHC data target for 2011-2012 was chosen to allow the experiments to explore new physics accessible to the LHC at its current operating energy of 3.5 TeV per beam. So far a tenth of this total amount of data has been collected.

The conference begins today with parallel sessions that run through the weekend, to be followed by plenary sessions starting on Monday. At 13:30 CEST on Monday 25 July a press conference will be held at which: Fabio Zwirner, Chair of the High Energy Physics Division of EPS (European Physical Society), will announce the European Physical Society’s 2011 high-energy physics prizes; CERN’s Director General, Rolf Heuer, will discuss the latest results from the LHC; President of CERN Council, Michel Spiro, will talk about European strategy for particle physics; and Stavros Katsanevas, the Deputy Director of the French national institute for nuclear and particle physics (IN2P3) of CNRS, will present the latest advances in astroparticle physics in Europe.

To follow the Press Conference, or for more information, visit:
www2.cnrs.fr/en/1879.htm
For information about the Europhysics conference on high energy physics, visit:
eps-hep2011.eu/
Webcast link:
webcast.in2p3.fr/live/HEP2011