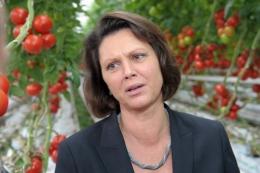 In an article to be published Monday, Der Spiegel said the minister, Ilse Aigner, a longtime critic of the privacy policies at the social networking site, had outlined her objections to the other ministers.

“After an intensive legal review, I have concluded that it is crucial to ensure that the Facebook button is not used on any of our official government websites,” she wrote in the letter.

Aigner, who said she quit Facebook a year ago protesting its data security practices, added that “fan pages” which users can join to get information about organisations should also be avoided “in light of justified legal doubts”.

She said ministries and members of parliament should “set a good example and give data protection its due”.

German data protection authorities have raised the alarm in recent weeks over Facebook, and in particular its “Like” button with which users indicate their preferences as they navigate the site.
Privacy watchdogs warn the information is used to create personalised user profiles, for example for advertisers.

Aigner’s ministry later released a statement outlining its objections and confirming the advisory to ministries, adding that the warning extended to private companies as well.

“This data can be used to create a detailed user profile, although Facebook denies creating such profiles for Facebook non-users,” it said.

It said Aigner would “soon” visit the United States to speak with executives from Facebook and other firms “about respect for German and European data protection policies”.

Facebook said Thursday it would sign up to a voluntary code of conduct in Germany to protect users’ data, the first time the site has agreed to such measures in a country particularly sensitive about privacy rights due to gross abuses under the Nazi and communist dictatorships.

Help Us Transmit This Story

The Intercept is a collection and transmission of data that offers substantive contradictions, challenges and enlightenment over the conventional drivel brought to us by corporate media.