Ottawa’s Capital Pride homosexual organization has just declared bankruptcy. Before anyone starts cheering or jeering this could well be a maneuver to establish a platform for fund raising mainly at the public purse who do in fact make up the majority of society, well and truly. How vested should the public be in footing the bills for what is a in truth a minority. The broader is if the above holds out to be true then it could set up decades of taxpayers money going to put foot the bills for the show and future minority groups seeking bailouts. Canada has lesson to learn here.

On Facebook The Capital Pride Board of Directors made public that the situation is  “beyond its ability to alter or repair and is now forced to declare bankruptcy.” Seems to me they well might be admitting being incompetent and as such they are in a  this financial situation they now admit they cannot repair.  Who’s to say public funds if any to bail them out in the future will not go towards another year of “mismanaged debauchery”?

Private finical  supporters where made aware of the financial chaos in public releases starting in early September of this year.

September 5, 2014: “Capital Pride is working with its experts to asses documentation surrounding the alleged accounting irregularities that came to light upon a post-festival review.

We are taking this time to thoroughly examine the materials prior to presenting them to our stakeholders, the Ottawa–Gatineau LGBT community and our allies

On September 9, 2014 on the Capital pride.ca website: “The Board has been working closely with its experts to gather and assess all relevant documentation.”
Seems that several people and or providers where looking to cash in on the event namely Sebastien Provost of http://www.houseofsas.ca/

Capitalpride.ca publicly reports that House of SAS “significantly exceeded the agreed-upon budget.” and “Capital Pride would like to assure its sponsors, community partners and members that no donations or sponsorship funds have been implicated in any way.”

What does that mean? “…implicated in any way.” What funds where they going bankrupt with?

To top it all off there is this little ditty: “The Capital Pride Board of Directors would like to, once again, thank everyone who made the 2014 Capital Pride Festival a success. We look forward to resolving this matter and beginning preparations for next year.”

Clearly “success” was measured in way other than finical or fiscal responsibility. Despite this, the Pride community vows to have a 2015 event:

“It’s going to happen, even if I need to get a giant rainbow flag and march down the street my damn well self,” said Ian Capstick, who chairs the Bank Street BIA’s committee dealing with all things Pride. Source

Not all think that this is a good or even desirable thing.

Participants in the Capital Pride Parade march on Bank Street on Sunday, Aug. 24, 2014. James Park / Ottawa Citizen
The above image among many from 2014’s parade in Ottawa is pretty tame despite the hyper sexual nature of it, a great many of which are not fit for print to our network and syndication partners.

Charles McVety  a Canadian Evangelical Christian leader is quoted as saying “It’s a great day for Ottawa [if] sex will not be paraded on the main street and children will not be visually violated,” he told LifeSiteNews.

“There were loads of people in nothing but underwear, dozens in leather bondage gear, and I saw at least a dozen topless women. I took everything I was handed, and walked away with a dozen condoms,” he wrote at the time, adding: “The drive to glorify illicit sex is what animates the entire event.”

“Our government should not be funding anything that contains illegal activity. Public nudity is illegal activity and is damaging especially to children. It is my hope and prayer that the government doesn’t get fooled and does not supply hard earned tax dollars for a sex parade,” 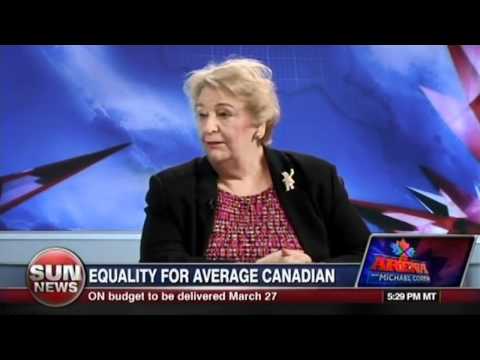 Gwendolyn Landolt, national vice-president of REAL Women of Canada, told LifeSiteNews that many people attend the homosexual parade primarily for the “circus-like spectacle that the participants in the parades provide,” not because they actually support homosexual practices. She hopes, along with McVety, that Ottawa City Council will not bow to “politically correct” pressures to fund the event, arguing that most taxpayers would like to see their money go elsewhere.

“The mission of the Capital Pride Festival is to perpetuate the spirit of pride in the gay, lesbian, bisexual, trans, two-spirited and questioning (GLBTTQ) community in Canada’s National Capital Region of Ottawa–Gatineau.”

This is their treasurer:

The solution that the Capital Pride Board of Directors are hoping  for is a larger international event, handled by them…. ~Q~