‘I literally screamed out loud in pain’: my two weeks of monkeypox hell | Monkeypox | The Guardian 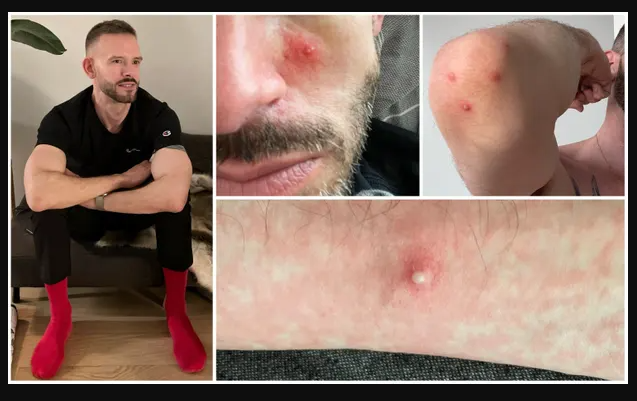 I got monkeypox and it’s been a total nightmare.

When New York Pride festivities kicked off on 24 June, I was aware that monkeypox was an emerging issue – especially for gay men – but I was also under the impression that the number of cases in the city was relatively small. What I didn’t understand was how absolutely dismal testing capacity was: at that point, the city only had capacity to process ten tests a day.

I had sex with several guys over the weekend. Then a week later, on 1 July, I started feeling very fatigued. I had a high fever with chills and muscle aches, and my lymph nodes were so swollen they were protruding two inches out of my throat.

First, I took a Covid self-test: negative. Then I started suspecting monkeypox. I texted a friend: I’m just sitting here waiting for the rash to start.

I’m a 39-year-old man from Sweden, living in Brooklyn and working in philanthropy. For the past decade, my work has primarily focused on sexual and reproductive health and rights, so I followed the outbreak from the very beginning. I had even tried to get vaccinated when New York City launched an initial vaccination drive on 23 June. But like the vast majority of other New Yorkers who tried to get an appointment, I had no luck.

Two days after my symptoms began, the rash started as anorectal lesions – painful sores on my anus and rectum. Initially it was a stinging, itchy feeling. I wasn’t scared at this point. I was told that it would be mild, and I was a completely healthy individual with no underlying conditions. But I had no idea how bad it was going to get.

I’m still in isolation. I can’t tell you how sick of my apartment I am right now. I’m a pretty privileged person in that I have the resources necessary to order food and medicine and get it delivered to my door. I have laundry in my apartment, so I can wash my bedsheets and clothes. I know other people who are really struggling with isolation because they don’t have the situation I have.

The day after I started the treatment, 13 July, I finally got a call from a contact tracer from the department of health, who said I may have been exposed to monkeypox on 26 June. I told her I already have monkeypox, and she asked me about my symptoms. The call lasted about half an hour and she was obviously reading off a script. Then she was like, “Okay, thanks for your time, get well,” and hung up. She didn’t even ask me what contacts I’d had.

This whole thing just feels like a huge failure that should not have been allowed to happen, especially not two and half months into the outbreak. If someone like me, who has worked in sexual health for a long time, had such a hard time navigating care, I can’t imagine other people doing it. I know several people who are just sitting at home in agonizing pain because they’re not getting the support that they need.

I’m pretty worried that we’re close to the point that this is going to be another endemic disease, especially among gay men, if we haven’t passed that point already….

More @ Source: ‘I literally screamed out loud in pain’: my two weeks of monkeypox hell | Monkeypox | The Guardian

Oh the pride, the hubris, the vanity…

” If someone like me, who has worked in sexual health for a long time,had such a hard time navigating care, I can’t imagine other people doing it. ”

It stands up to the logic this guy knew what he was opening himself up to, being a “sexual health” worker.

BREAKING: Gay Anon Describes His Monkeypox Circumstances, Experience, and Symptoms: “The worst pain is the ****** pain”

NBC Out: “Gay and bisexual men comprise 98% of new monkeypox cases globally, according to a major new study.”