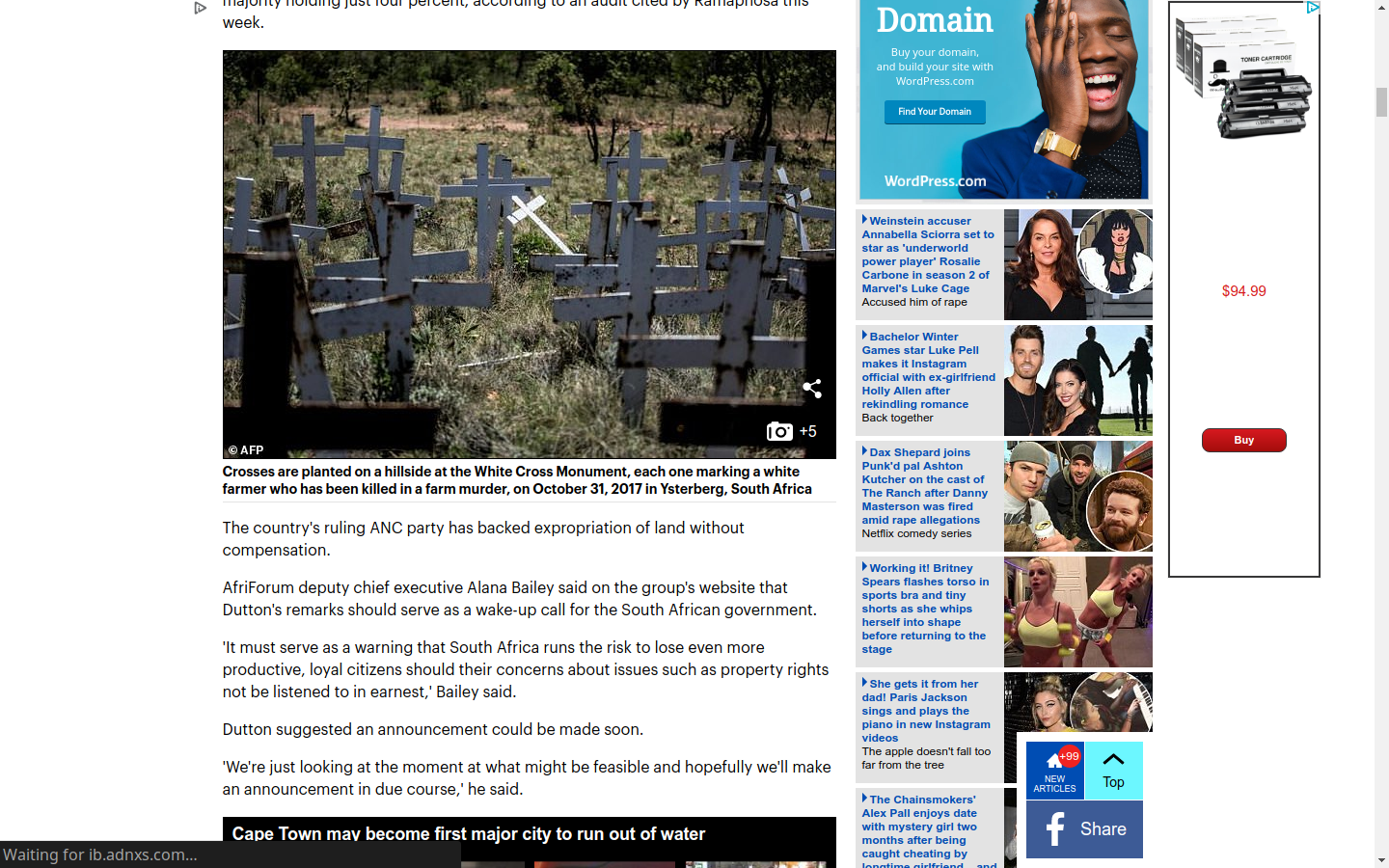 South African President Cyril Ramaphosa said his country was not heading down the road towards the type of violent and chaotic seizure of white-owned farms that triggered economic collapse in Zimbabwe nearly 20 years ago.

South African anger was prompted after Australia considered fast-tracking visas for white farmers to allow them to flee ‘horrific circumstances’ for a ‘civilised country’.

The offer was swiftly rebuffed by South Africa, with a government spokesman saying that no section of the country’s population was in any danger.

Dutton, who oversees immigration and has drawn international criticism for heading a tough crackdown on asylum-seekers from Asia and the Middle East, said the South Africans deserve ‘special attention’ for acceptance on refugee or humanitarian grounds.

‘If you look at the footage, you hear the stories and you read the accounts, it’s a horrific circumstance that they face,’ Dutton told Sydney’s Daily Telegraph late on Wednesday.

‘I’ve asked my department to look at options and ways in which we can provide some assistance because I do think on the information I’ve seen people do need help, and they need help from a civilised country like ours.’