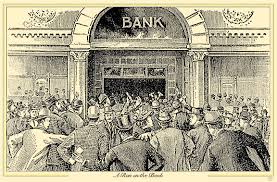 Greek depositors withdrew €700 million ($898 million) from local banks Monday, the country’s president said, as he warned that the situation facing Greece’s lenders was very difficult.
In a transcript of remarks by President Karolos Papoulias to Greek political leaders that was released Tuesday, Mr. Papoulias said that withdrawals plus buy orders received by Greek banks for German bunds totalled some 800 million.
Citing a conversation he had with Greek Central Bank Governor George Provopoulos, Mr. Papoulias said “that the strength of banks is very weak right now.”
Greece is heading to a new vote after political party leaders failed to reach an agreement to form a coalition government. As prospects for a solution to the political impasse dimmed in recent days, markets were gripped with fears that Greece would exit the euro zone, possibly sparking ripple effects for the currency bloc’s weaker economies.