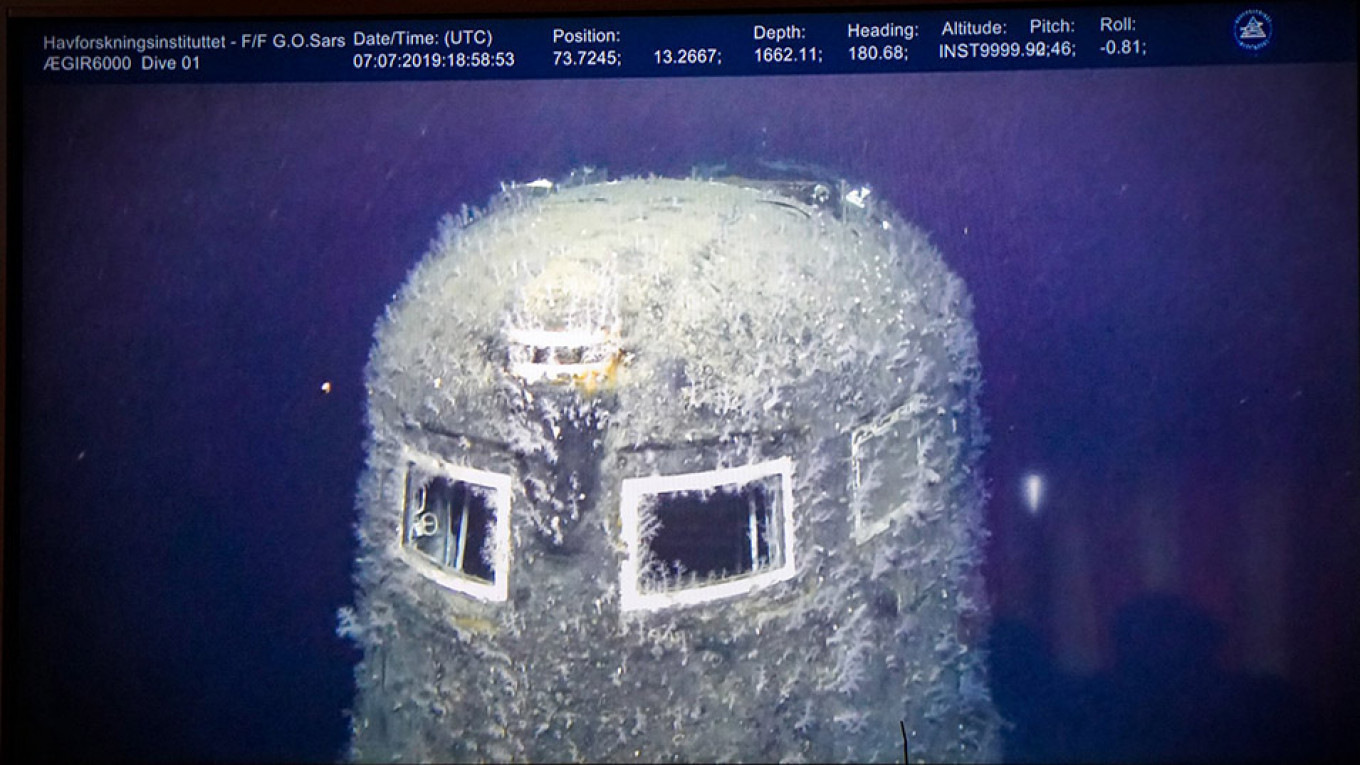 One of three seawater samples taken from the Komsomolets on Monday has returned radiation levels 100,000 times higher than normal seawater, TV2 reported.

The sample was reportedly collected near a ventilation hole that occasionally kicks up a mysterious cloud of dust. Scientists told TV2 that they believe this ventilation hole has direct contact with the reactor inside the wreck and that the pollution comes out in pulses as a result.

“The results are preliminary. We will examine the samples thoroughly when we get home,” Hilde Elise Heldal of the Norwegian Institute of Marine Research said.