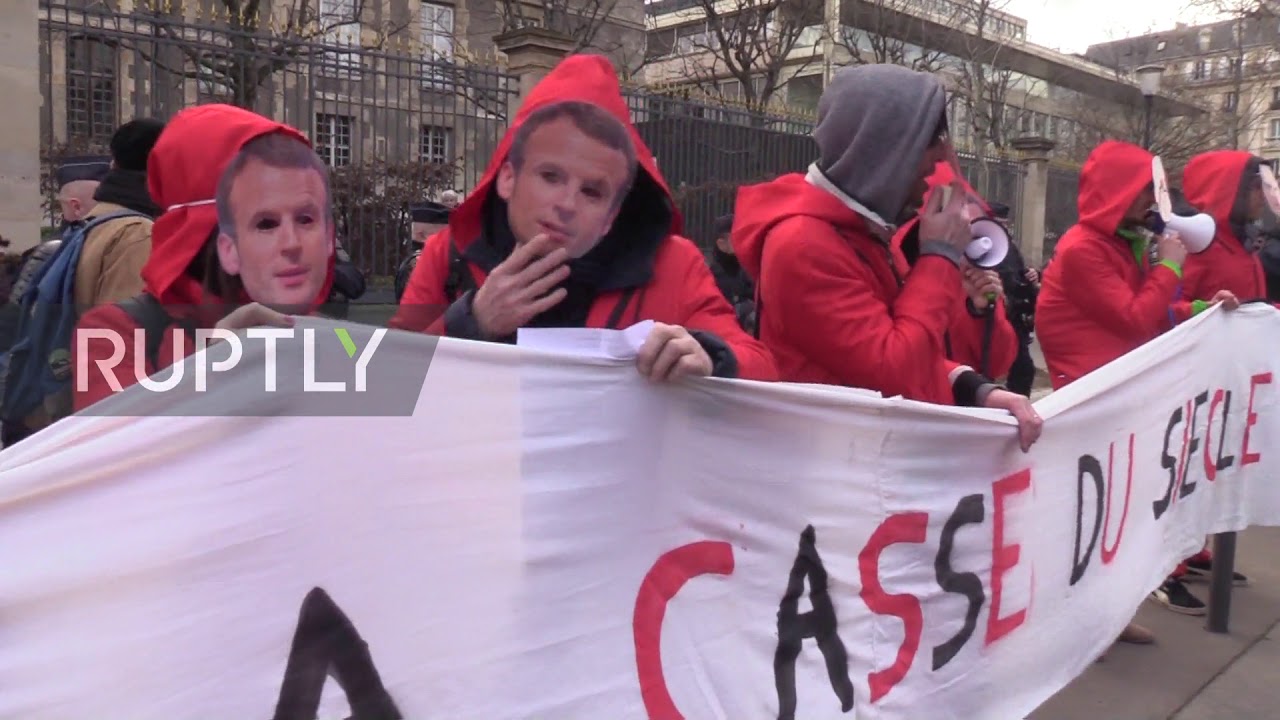 Thousands of protesters took to the streets of Paris on Wednesday, on what constitutes the eighth day of nationwide mobilisation against the pension reform announced by French President Emmanuel Macron.

Demonstrators were seen marching with union flags and banners reading “Oh King Macron, stop your brutal reforms” and “People have thirst for justice.” On December 11, French Prime Minister Edouard Philippe announced a two-year-extension of the working period necessary to earn a full pension, triggering the anger of workers and trade unions.

The reforms attempt to overhaul France’s pension system into a universal system that will see pay-outs calculated from whole careers rather than the current last five years of activity. The pension age will also be increased from 62 to 64.