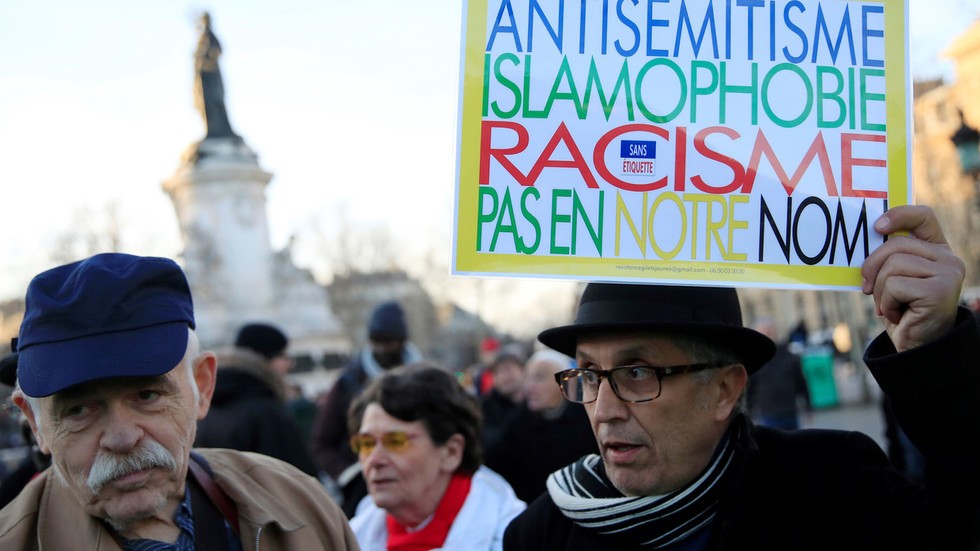 Emmanuel Macron has ordered the closure of four organizations accused by officials of promoting jihad and anti-Semitism. Earlier, the French president pledged to fight an unprecedented surge of anti-Semitism in the country.

The move comes at the request of Interior Minister Christophe Castaner, who said the groups “foment hatred, call for discrimination and justify violence,” and must be closed.

The ministry separately said the groups advocated armed jihad and indoctrinating young people. They also promoted organizations like Hamas, Palestinian Islamic Jihad and Hezbollah – all listed as terrorist organizations by the EU, the ministry stressed.

French government spokesman Benjamin Griveaux labeled the groups as “openly anti-Semitic and dangerous associations” during a cabinet meeting on Wednesday.

The development comes a month after Macron pledged to the Jewish community to fight against what he called a “resurgence of anti-Semitism unseen since World War II.” He said France will redefine anti-Zionism as a form of anti-Semitism in line with the preferences of pro-Israel groups. The decision was welcomed by the government of Israel.

The French government reported a 74-percent increase in anti-Semitic incidents in 2018 in the country compared to previous year. The pledge from Macron came after thousands of people, including two former French presidents, rallied across the country to condemn anti-Semitism in response to the desecration of a Jewish cemetery in the Strasbourg area.

The banned organizations are the Zahra Center France, the Shia Federation of France, the Anti-Zionist Party and France Marianne TV. Center Zahra France was targeted by an anti-terrorist raid in October, and was followed by the seizure of assets for six months. The French authorities accused the group, which is based in northern France, of being a vehicle for propagating radical Shiite Islam. The three others organizations are reportedly working under the center’s umbrella.

The man behind the Zahra Center and Anti-Zionist Party is Yahia Gouasmi. He is a Lebanese-born Shia Muslim, who has been living in France since the 1960s. An avowed critic of Zionism and Israel, his stated goal is to oppose the Israeli lobby in France and hold the Jewish state accountable for crimes against Palestinians and other nations. He launched the party in 2009 after the Israeli bombings of the Gaza Strip during Operation Cast Lead.