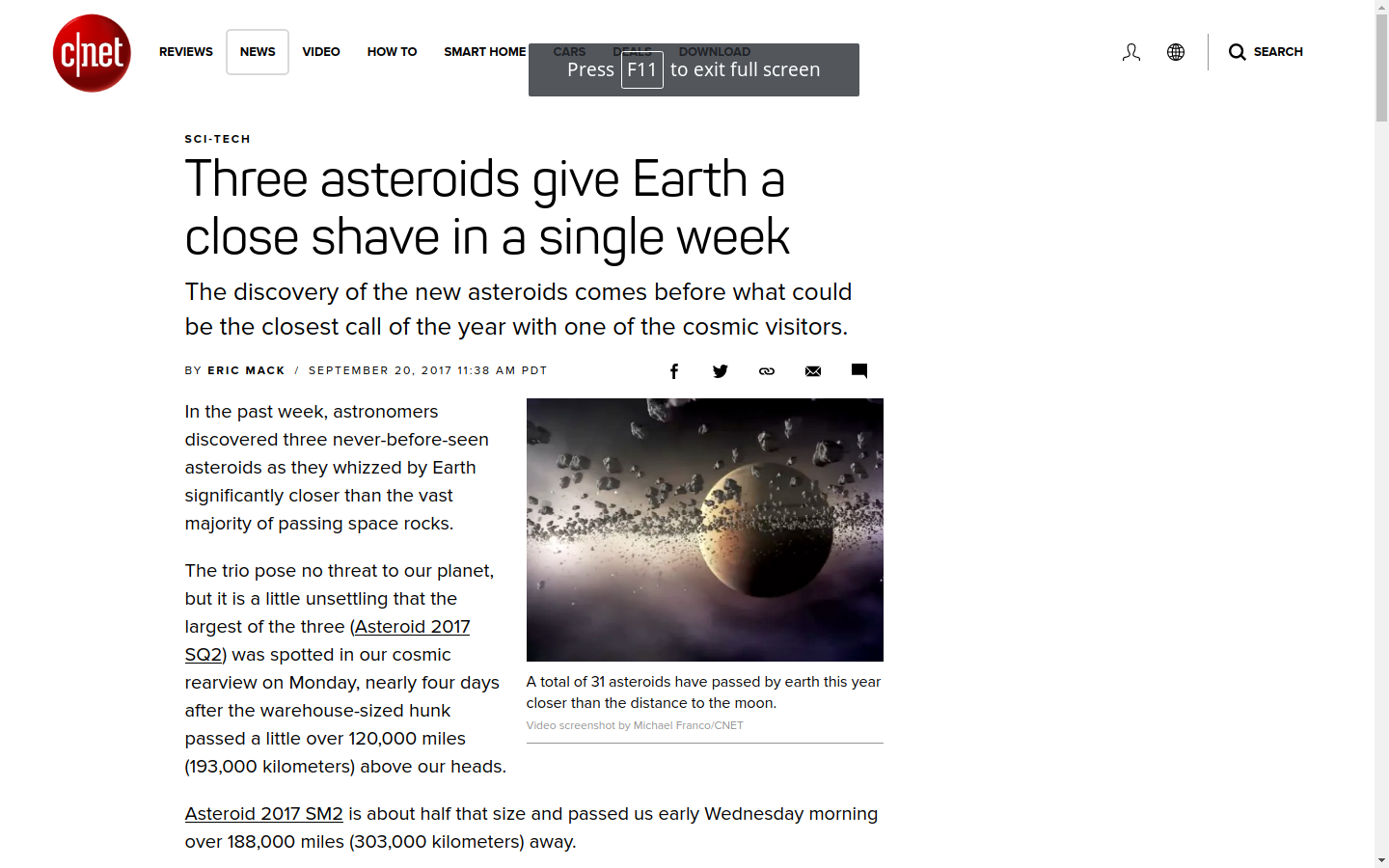 The discovery of the new asteroids comes before what could be the closest call of the year with one of the cosmic visitors.

In the past week, astronomers discovered three never-before-seen asteroids as they whizzed by Earth significantly closer than the vast majority of passing space rocks.

The trio pose no threat to our planet, but it is a little unsettling that the largest of the three (Asteroid 2017 SQ2) was spotted in our cosmic rearview on Monday, nearly four days after the warehouse-sized hunk passed a little over 120,000 miles (193,000 kilometers) above our heads.

The closest and smallest piece of space debris just found in our neighborhood is Asteroid 2017 SR2, which is probably about the size of a bus and set to be closest to Earth at around 1:30 p.m. PT Wednesday when it whips by about 55,000 miles (88,500 kilometers) from us. More at Source