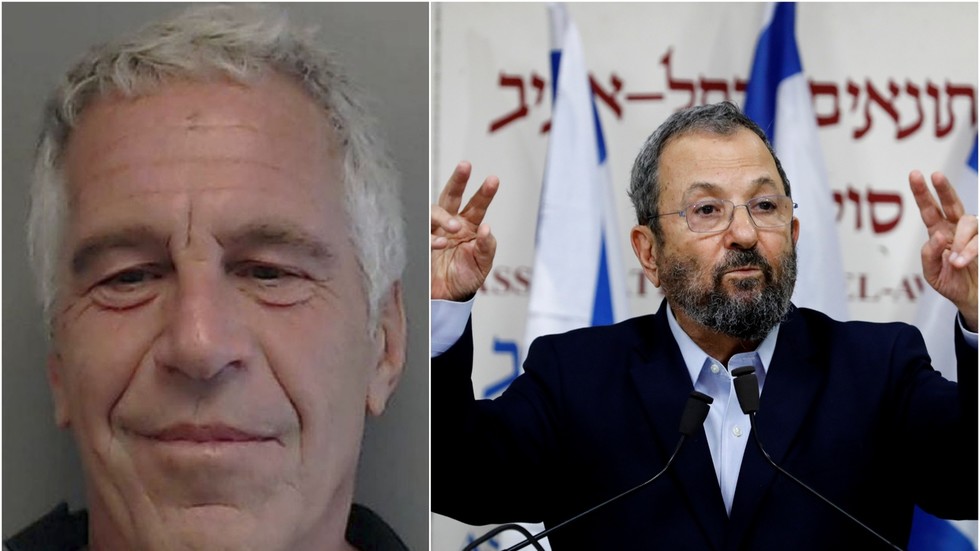 Deceased pedophile Jeffrey Epstein directed his best-known accuser to have sex with former Israeli PM Ehud Barak, according to a sealed deposition – one of many papers lawyer Alan Dershowitz is trying to use to clear his own name. 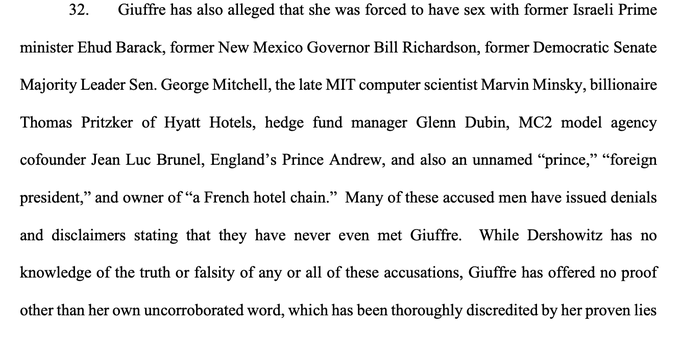 Lawyers for Dershowitz, who was a friend of Epstein as well as a member of his legal defense team, released the claim about Barak in a Tuesday court filing, attempting to cast doubt on allegations made by accuser Virginia Roberts Giuffre, one of the first Epstein victims to go public with her story.

NEW: Lawyer Alan Dershowitz, in his most recent court filing, reveals that former Israeli PM Ehud Barak is among a number of important men who have been accused by Giuffre as being part of Jeffrey Epstein's sex scheme. It's the first time Barak, an Epstein friend, has been named. pic.twitter.com/J2AeNJar8J

Pointing to the “denials and disclaimers” issued by the powerful men Giuffre said she’d had sex with, they suggested her word had been “thoroughly discredited by her proven lies.” If their hope was to smear Giuffre, however, it didn’t quite go as planned, instead renewing media interest in the suspects named by the former Epstein “sex slave.”

Dershowitz’s legal team obtained the sealed deposition from a 2016 defamation suit Giuffre filed against Epstein’s alleged madam, Ghislaine Maxwell, his lawyer admitted in court on Tuesday. The document names not only Barak, but also Victoria’s Secret CEO Les Wexner, along with several others she had already accused publicly.

Howard Cooper, a lawyer for the embattled Harvard professor, urged a judge to turn over even more sealed documents from the Maxwell suit, insisting they were relevant to Dershowitz’s own defamation case against Giuffre, who has long claimed she was forced to have sex with Dershowitz as well (a claim he fervently denies). However, Giuffre’s lawyers argued against the move, concerned that her adversary’s legal team would take the information out of context and twist it for their purposes.

Lawyers for Maxwell actually agreed with Giuffre, reasoning there was little overlap between the two defamation cases (and presumably not wanting further details of Maxwell’s alleged crimes to emerge). Lawyers for a mysterious “John Doe” also concurred, citing the need to protect the privacy of others whose names have not yet been made public.

Doe entered the Maxwell defamation case last year, filing a friend-of-the-court brief in an effort to keep Giuffre’s depositions private; he claims to be someone who has not yet been named publicly, and wants to stay that way, insisting for good measure that he has not had sex with Giuffre.

This is at odds with his previous statement that he was introduced to the disgraced financier that year. Former Israeli spy Ari Ben-Menashe has also claimed Epstein and Barak met even before 2002.

The former Israeli PM was a major beneficiary of Epstein’s largesse, receiving millions of dollars in investments and donations from both the Wexner Foundation – which Epstein, as Wexner’s asset manager, ran – and from Epstein directly, as recently as 2015. The deceased predator was also a big investor in Carbyne911, a surveillance-tech startup Barak founded that same year.

However, his associations with the notorious asset manager likely cost him a political comeback. Current Israeli PM Benjamin Netanyahu went to great lengths to hype the Barak-Epstein link when the case against the convicted sex offender re-emerged last year, and Barak’s electoral challenge to the longest-serving PM in Israeli history faded away before election day.

Giuffre has accused numerous political figures of being involved in Epstein’s underage sex ring, prominent among them Britain’s Prince Andrew, who landed in hot water earlier this month as US authorities slammed his lack of cooperation in the ongoing investigation. While Giuffre was photographed with the prince, he claimed in a widely-mocked interview he had never met her, insisting he was at a pizza restaurant with his daughters on the night of their alleged sexual encounter.