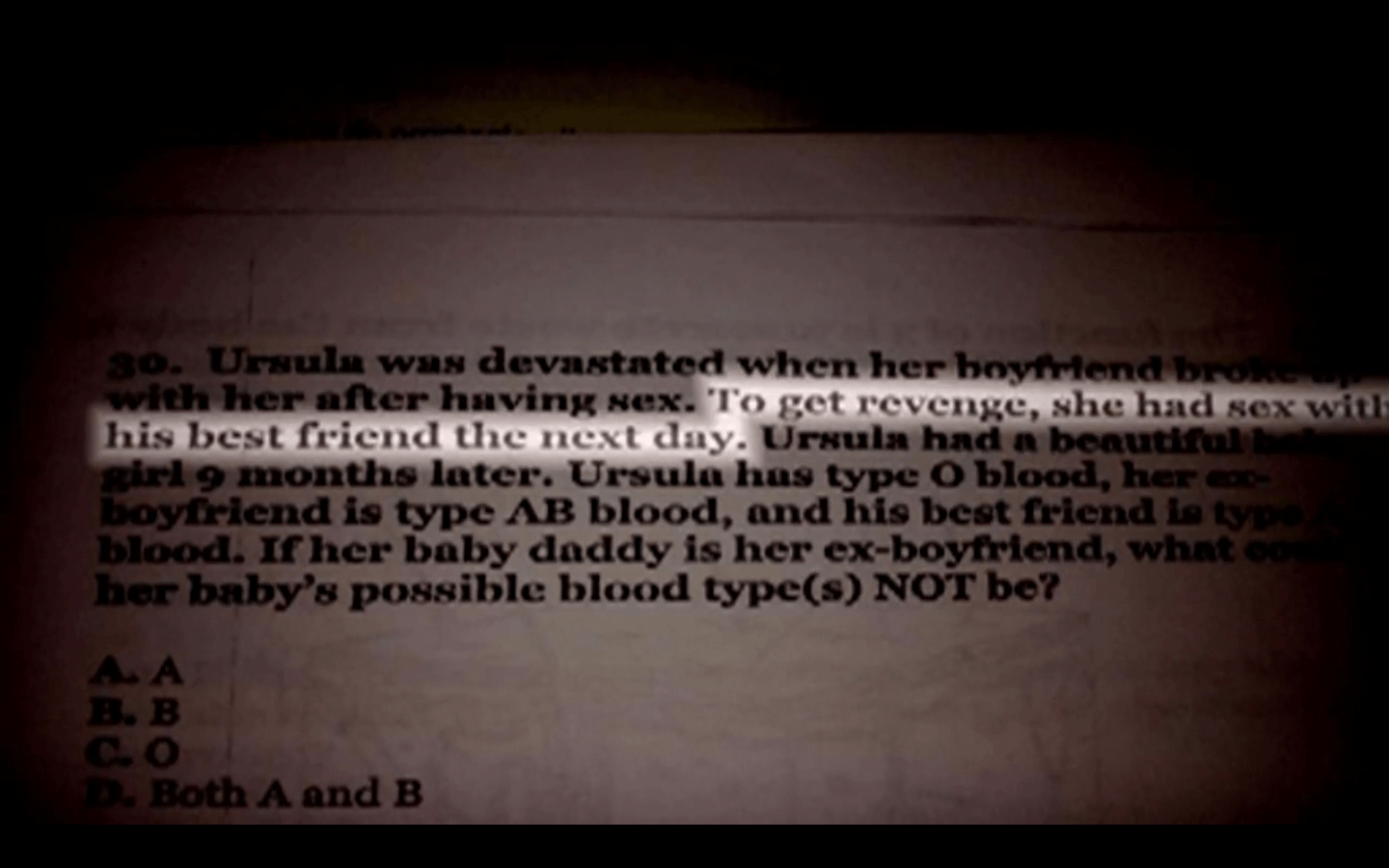 “Ursula was devastated when her boyfriend broke up with her after having sex.“To get revenge, she had sex with his best friend the next day. Ursula had a beautiful baby girl 9 months later.

Speaking to local media, the upset father said this isn’t what he wants his 11th grade daughter, or any student, to be learning.

“The question was highly inappropriate and was not part of a district assessment. We are thankful to the parent who contacted the school directly to share his concerns. Immediately upon being made aware of this matter, school and district leaders began conducting a review of the situation. Appropriate and corrective action will be taken.”
More @ Source